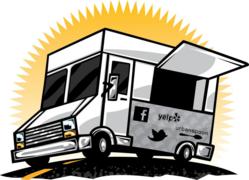 Although the food truck phenomenon got its start roughly at the end of the Civil War, it has reached an epic level of trendiness only in the past several years. Partially driven by the rise of Facebook and Twitter (which made it easier to track the movement of the food trucks), gourmet food trucks such as Roy Choi’s Kogi Korean Barbecue truck and the Umami Burger truck have spawned queues around Los Angeles longer than the Clippers’ winning streak. Now AccuPOS too offers restaurant POS software for any mobile street food business.

If you can’t beat them, join them

Despite initial opposition from many established businesses that saw the food truck fad as a threat to their traditional turf, laws have been passed across the country to better accommodate food trucks. Now, what were traditionally considered brick-and-mortar establishments like Santa Monica’s Border Grill have succumbed to street food smarts and are rolling their own trucks through town. They recognized what many in the digital age had already acknowledged: that the best way to increase customer retention was to bring the business to the client. Thus, restaurant POS software can now be run on mobile platforms as well.

Think all food trucks have to offer are burgers and tacos? Think again. Try gourmet grilled cheeses, specialties by celebrity chef Mario Batali, and Ludo Lefebvre’s LudoTruck. Food critics from major national newspapers and magazines have begun to include the trucks amongst their most esteemed reviews. Zagat now includes food trucks in its ratings. Just as consumer palates have become more expansive and complex, so has restaurant POS software. As consumer lifestyles have become more on-the-go, mobile platforms for restaurant POS software have helped to make food truck fare an affordable alternative to sit-down restaurants while still providing inspiring, authentic, and international options.

Restaurants with an interest in joining the mobile mania can take advantage of AccuPOS’ restaurant POS software with the following attributes:

About Attitude POSitive:
Attitude POSitive is the creator of AccuPOS (Point of Sale) inventory management and time clock software for the retail and hospitality industries. The AccuPOS family of products, designed to be faster and easier than a cash register, offers unmatched ease of use, security and cost-effectiveness to streamline the sales process.

AccuPOS products, based on open standards, expand the capabilities of an existing accounting program and allow users to grow and change without being locked into proprietary vendor products. AccuPOS products are integrated with the most widely used accounting packages, including the QuickBooks, Sage 50 – U.S. Edition, Sage 50 – Canadian Edition and Sage 100 ERP products.

Founded in 1999, Attitude POSitive is headquartered in Los Angeles with regional offices throughout the United States as well as in Europe and Israel. For more information, visit http://www.accupos.com.