Researchers from Mount Sinai School of Medicine have discovered that decaffeinated coffee may improve brain energy metabolism associated with type 2 diabetes. This brain dysfunction is a known risk factor for dementia and other neurodegenerative disorders like Alzheimer’s disease. 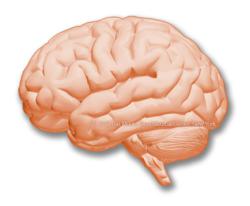 Researchers from Mount Sinai School of Medicine have discovered that decaffeinated coffee may improve brain energy metabolism associated with type 2 diabetes. This brain dysfunction is a known risk factor for dementia and other neurodegenerative disorders like Alzheimer’s disease. The research is published online in Nutritional Neuroscience.

A research group led by Giulio Maria Pasinetti, MD, PhD, Professor of Neurology, and Psychiatry, at Mount Sinai School of Medicine, explored whether dietary supplementation with a standardized decaffeinated coffee preparation prior to diabetes onset might improve insulin resistance and glucose utilization in mice with diet-induced type 2 diabetes. The researchers administered the supplement for five months, and evaluated the brain’s genetic response in the mice. They found that the brain was able to more effectively metabolize glucose and use it for cellular energy in the brain. Glucose utilization in the brain is reduced in people with type 2 diabetes, which can often result in neurocognitive problems.

“Impaired energy metabolism in the brain is known to be tightly correlated with cognitive decline during aging and in subjects at high risk for developing neurodegenerative disorders,” said Dr. Pasinetti. “This is the first evidence showing the potential benefits of decaffeinated coffee preparations for both preventing and treating cognitive decline caused by type 2 diabetes, aging, and/or neurodegenerative disorders.”

Coffee intake is not recommended for everybody due to the fact that it is associated with cardiovascular health risks such as elevated blood cholesterol and blood pressure, both of which lead to an increased risk for heart disease, stroke, and premature death. These negative effects have primarily been attributed to the high caffeine content of coffee. Nonetheless, these novel findings are evidence that some of the non-caffeine components in coffee provide health benefits in mice. Dr. Pasinetti hopes to explore the preventive role of decaffeinated coffee delivered as a dietary supplement in humans.

“In light of recent evidence suggesting that cognitive impairment associated with Alzheimer’s disease and other age-related neurodegenerative disorders may be traced back to neuropathological conditions initiated several decades before disease onset, developing preventive treatments for such disorders is critical,” he said.