Bensalem Man Writes his Missing Daughter a Letter for her Birthday

Loving father seeking the return of his daughter, who was abducted by her mother to Russia. 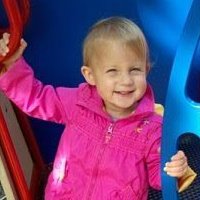 I know this is an uphill battle, but I can't not fight for my daughter. She is my little girl.

"Happy birthday, sweetheart," Max Troitsky wrote his two-year-old daughter, Julie, in hopes that one she will be able to read this message and know that her father wants her and that he is fighting with every means available to be a part of her life.

"Today should be a happy occasion," Troitsky said. "We should be singing 'Happy Birthday' to Julie and watching her open birthday presents." Instead, Julie is somewhere in Russia, with her mother who abducted her from their Southampton home.

Max hasn't seen or spoken to his daughter since November 26 and he is still in shock. In an effort to keep the lines of communication open, Troitsky plans to write Julie letters and post them online. Today was the first letter Max posted:

"I want to wish you nothing but laughter, love and happiness in your life! Please don’t forget that you have TWO parents, and that we both love you, each in our own way…
Because you cannot be here with us, for this important day, your grandparents and I will have to celebrate your birthday without you. We also invited your big teddy bear and your nap-pal Ladybug to join us in singing a happy birthday song for you."

Since Julie was abducted, Troitsky has been desperately trying to get in touch with his estranged wife, Anna Demyanyuk Troitsky, so that he may be reconnected with his daughter. Anna took Julie and left Southampton for Russia after a Bucks County judge ordered that she and Max share custody and refused her plea of moving to either Moscow or Denver, CO (Court No: A06-10-63700 -C-31).

Troitsky had no idea that Demyanyuk had taken Julie out of the country until he received a phone call from his mother saying Anna's mother had called her to say that they were in Russia. It wasn't until days later that he realized Anna had no intention of returning to the United States with his daughter.

"I had no idea that she was even thinking about doing this. When I realized what happened, I just couldn't imagine that I wouldn't be able to see her… to hold her again."

Many people have asked Troitsky why he is fighting a battle that has the odds stacked against him. "I know this is an uphill battle, but I can't not fight for my daughter. She is my little girl," said Max.

For more information about Max's fight for his daughter, please visit http://www.helpbringjuliehome.com. You can also read Max's letter to Julie in its entirety on this site.