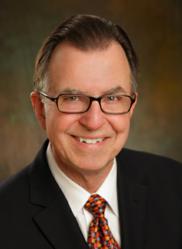 SaaS continues to be the hottest segment of the application software sector. Growth rates of SaaS are over twice that of on-premise solutions.

SaaS mergers and acquisitions expert and Corum Group Chairman Ward Carter will present a special session on trends in Software and SaaS M&A entitled “The SaaS Valuation Story – Capturing the Premium Now” at the SaaS University Conference in Austin, Texas February 29. In addition, Mr. Carter will host an associated “Selling Up, Selling Out” technology M&A workshop on March 1.

In the 2012 World Tech M&A Report, Carter noted that “SaaS continues to be the hottest segment of the application software sector. Growth rates of SaaS are over twice that of on-premise solutions.”

Ward Carter is Chairman of the Corum Group, the leading seller of privately held software and related technology companies. Corum has done landmark SaaS merger and other transactions with many of the leaders in the SaaS field including Salesforce.com and Concur. Ward has personally been at the vanguard of the SaaS revolution, running many of the leading valuation and negotiation forums. He was also a contributor for nearly five years with Softletter and other leading software industry pubications as an expert on topics related to software and technology M&A.

The half-day “Selling Up, Selling Out” workshop helps software entrepreneurs to prepare, position, research, value, negotiate and execute due diligence for maximum price and structure. It is the most attended technology M&A event ever, with participants having achieved over $1 trillion in transaction value. To register for this event, please visit the Corum Group events website. To register for SaaS University, visit http://www.softletter.com.

About Ward Carter:
Mr. Carter's technology background includes field and management positions with Burroughs Corporation (later Unisys). Later, as vice president of a Wall Street investment firm and as a principal in a regional venture capital firm, Mr. Carter raised funds for ventures in computer hardware, software, and biotech. As an executive for a Seattle-based archival storage software company he attracted venture capital and assisted in the eventual acquisition of the company. As the president of InfoMatrix, and later of Discovery Sales + Marketing, Mr. Carter provided strategic consulting support to emerging software companies.

In 1997 Mr. Carter joined Corum Group where he has successfully managed numerous software mergers & acquisitions worldwide, and was appointed president in 2006 and Chairman in 2010. He graduated with Honors from Seattle University with a BA in Business.

About Corum Group:
The global leader in software M&A, Corum Group has specialized in serving software and technology companies for over 25 years from its network of offices throughout North America and Europe. The company has created more than 6 billion in wealth for its clients while completing over 220 software M&A transactions. With an experienced team of senior M&A advisors backed by top industry valuation and research analysts and the industry’s most comprehensive database of potential buyers and investors, Corum offers unparalleled support in achieving its clients' M&A objectives.

About SaaS University
For four years Softletter's SaaS University has provided actionable SaaS benchmarks, metrics, and hard data not available from any other source. The 2012 event showcases SaaS Communities for Growth and Profitability as well as Private Meetings with VC and M&A Experts.