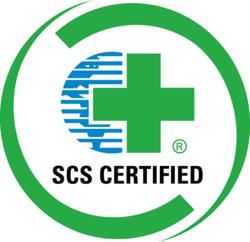 The Chocó-Darién carbon offset project is a great example of aligning community benefits with land conservation.

Scientific Certification Systems (SCS) has validated Anthrotect’s Chocó-Darién Corridor carbon offset project to the Climate, Community and Biodiversity (CCB) Project Design Standards. The project, located in northwestern Colombia near the Panama border, was awarded CCB Gold Level status for its exceptional social and environmental benefits. These include measures for adapting to climate change, empowering globally poorer communities, and conserving one of the world’s most unique ecosystems.

The project will help local Afro-Colombian and indigenous landowners generate income from carbon credits through the payment for ecosystem services through a program called REDD (Reducing Emissions from Deforestation and Degradation). The sale of these credits will provide an alternative source of income to logging and agriculture.

“Carbon assets generated through forest stewardship are one of the most promising economic alternatives for Afro-descendant and indigenous peoples in Colombia,” said Brodie Ferguson, Founder of Anthrotect. “Our approach to community-based conservation means that, for the first time, forest-dependent communities in the Chocó can generate income from ecosystem services markets while preserving their traditional ways of life.” In addition to employment in conservation activities and a role in project management, community stakeholders receive 50% of net profits generated from the project.

The Chocó-Darién Conservation Corridor is home to over 400 species of birds and endangered mammals including pumas, jaguars, tapirs and spectacled bears. Over its 30-year lifespan, the project will prevent the emission of over 2.3 million tons of carbon dioxide into the atmosphere by protecting over 13,500 hectares of forest.