After an Unprecedented Black Out Campaign That Restricted Online User Access to Many Websites Including OnlinePharmaciesCanada.com, CIPA.com, RxRights.org, and Even Major Players Such as Wikipedia, the Stop Online Piracy Act (SOPA) and the PROTECT IP Act (PIPA) Have Been Defeated. Yet, as the Call to Prevent Online Piracy Continues, Online Pharmacies Canada and Other Members of the Canadian International Pharmacy Association (CIPA) Warn That Future Threats Are Still a Possibility. 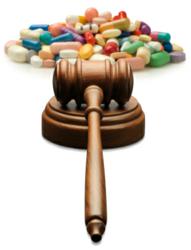 ... but I am also all too aware of the possibility of future legislation that could restrict American access to safe and affordable prescriptions from legitimate international pharmacies

To send a clear message to the United States Congress and Senate, the online community banded together on Wednesday, January 18th in a massive Black Out Campaign that restricted access to various websites in protest of the Stop Online Piracy Act (SOPA) and the PROTECT IP Act (PIPA). Web giants such as Google and Wikipedia along with RxRights.org, the Canadian International Pharmacy (CIPA), and its member pharmacies such as Online Pharmacies Canada participated in the Black Out Campaign and encouraged users to sign petitions and send letters to government leaders in opposition to SOPA and PIPA. Subsequently, these controversial anti-piracy acts were recalled.

While the need to prevent online piracy is undeniable, SOPA and PIPA garnered considerable criticism even from government officials such as Senator Ron Wyden. According to Senator Wyden, these acts constitute “the wrong approach to combating infringement” and “could fundamentally change the internet as we know it, moving us towards a world where transactions are less secure, ideas are less accessible and starting a website wouldn’t be an option for anyone who couldn’t afford a lawyer.”

With regards to the effect of SOPA and PIPA on a Canadian pharmacy, RxRights.org, a “coalition concerned about the high costs of U.S. pharmaceuticals” and “dedicated to promoting and protecting American consumer access to sources of safe, affordable prescription drugs,” notes that Americans shopping at online pharmacies “need to be aware of these bills because they would cut off American access to legitimate international online pharmacies.”

Fortunately, through the efforts of the online community at large, as well as the hard work of CIPA, RxRights.org, Online Pharmacies Canada, and their customers, SOPA and PIPA have been defeated, for now. In an unprecedented campaign that according to Tim Smith, General Manager of CIPA, “delivered over 100,000 letters to congressional leaders and the President,” congress has decided to recall the bill. However, RxRights.org warns that “neither bill is dead” even if “the momentum of these bills that would cut off access to affordable medicine has stalled.”

Subsequently, Online Pharmacies Canada calls for vigilance from consumers of online pharmacies. “I appreciate and recognize the efforts of our customers to send a clear message to congress about protecting online pharmacies, but I am also all too aware of the possibility of future legislation that could restrict American access to safe and affordable prescriptions from legitimate international pharmacies,” says their marketing manager. So while there is reason to celebrate the recall of these bills, online pharmacies and consumers alike need to be aware and prepared for future threats to these sites.