Mobile app of The Associated Press will host booth with product demos of new app, live interviews with industry professionals. 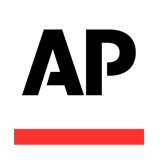 We’re confident that the latest version of AP Mobile places it among the other heavy hitters of SXSW Interactive, and its new features are going to make it a buzz-worthy topic.

AP Mobile, the award-winning mobile app from The Associated Press, will host a booth at the 2012 SXSW Interactive Conference in Austin, Texas, March 12-15. The AP Mobile team will feature demos of the new app on iPad and iPhone and will stream live interviews with industry professionals at the booth. The latest version of the app was released earlier this week.

“The SXSW Interactive Conference is the ideal place for us to showcase AP Mobile,” said Matt Cluney, director of marketing for the Associated Press. “We’re confident that the latest version of the app places it among the other heavy hitters of SXSW Interactive, and its new features are going to make it a buzz-worthy topic.”

The interviews will stream live on http://www.getapmobile.com and other websites. The AP Mobile team will announce the interview schedule at the start of each day via the AP Mobile website, Facebook and Twitter.

AP Mobile will also host a daily contest at the SXSW booth where attendees can submit story ideas to be featured on http://www.getapmobile.com.

AP Mobile will be located at booth 846 in the Austin Convention Center.

About AP Mobile
Developed by the Associated Press, the AP Mobile app is an award-winning multimedia news portal providing anytime access to international, national and local news from AP and other trusted sources. In the four years since its first release, AP Mobile has been downloaded by more than 3.5 million iPad, iPhone and iPod users. The AP Mobile app is available for free from the App Store on iPad, iPhone and iPod touch at http://www.iTunes.com/AppStore. The previous version of AP Mobile remains available across all other mobile devices, including Black Berry, Android, and Windows Phone 7.

For more information on AP Mobile, visit the website at http://www.getapmobile.com.