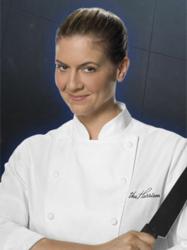 Thirty+ guest chefs will delite guests with the Flavors of the World.

Plans are underway for this summer’s 10th Annual Veggie U Food and Wine Celebration at the beautiful venue of The Culinary Vegetable Institute on July 21st, 2012. A focus on flavors of the world cuisines infuses an exotic air to the menus and setting, and trendy gourmet food trucks will add a layer of whimsy.

The Veggie U Food and Wine Celebration (F&W Celebration) can best be described as a unique opportunity to sample culinary masterpieces of world renowned chefs, whose creative fare is matched with amazing wine pairings, at the rustic riverside retreat known as the Culinary Vegetable Institute. The grounds are alive on this summer Saturday with the aromas and flavors of the world’s best cuisine, food demonstrations, wine education and samplings, and the chance to contribute to a great cause through the unique offerings of the silent and live auctions. This annual fundraiser benefits Veggie U, a children’s education program that teaches the importance of nutrition and sustainable agriculture by providing interactive lesson plans with a classroom garden kit to elementary schools and special needs students.

Flavors of the World creates a framework for each of the thirty+ guest chefs at the tasting stations to use their skill creatively to transport guests to their favorite locales or to a region and cuisine style they might not otherwise get to experience. New this year is the addition of two gourmet food trucks, a fun trend happening around the country, as top chefs put their award winning restaurant menus “on the road” in city streets, parks and catered events. Chef Rocco Whalen, restaurateur and executive chef at Fahrenheit in Cleveland’s Tremont neighborhood, who was also recently showcased on Food Network’s Fat Chef series, will bring his “Short Rib 1” Fahrenheit Truck. In addition, gourmet food-truck operator Chef Chris Hodgson, who achieved nationwide recognition when he finished second on Food Network’s "The Great Food Truck Race" this year, will bring the famous Hodge Podge truck showcased on the series.

This year’s headliners include Chef Amanda Freitag (as seen on Unique Eats, America’s Next Iron Chef and Chopped) and Chef Johnny Iuzzini (Judge on Bravo’s Top Chef Just Desserts, James Beard award winning pastry chef, and author). The headliners showcase their many talents on the F&W Celebration demonstration stage, where attendees have the opportunity to get a real sense of their personalities and see the skill and artistry that is put into their creations.

Early bird standard tickets are available until June 1, 2012, for $130 each ($150 from June 1 until the day of the event), with VIP tickets priced at $250, and $300 after June 1st. To purchase tickets and learn more about the event, visit http://www.VeggieUFoodandWine.com or call 419.499.7500. Sponsorship opportunities are available and food and wine vendor applications are also being accepted.

A graduate of the Culinary Institute of America (CIA) in Hyde Park, N.Y., Amanda's first position in a New York City kitchen was as rotissier and garde manger at Vong in 1993, under the guidance of Jean-Georges Vongerichten. It was there that she became proficient in French techniques, while being introduced to numerous Southeast Asian ingredients and flavors and how the two concepts could blend seamlessly in his dishes.

In 1994, Amanda started working with her mentor and friend Diane Forley at Verbena, where she rose quickly through the ranks to become the restaurant’s chef de cuisine. Diane taught Amanda the importance of using local, organic ingredients and introduced her to the greenmarket in Union Square. It was while she was at Verbena that Amanda realized how much she had yet to learn about the culinary world, and so in 1999 she traveled extensively through France and Italy to explore markets and restaurants.

While in Paris, she enjoyed a short stint working in the kitchen of the venerable Arpege restaurant under Chef Alain Passard. While her time there was short, the lessons she learned were life changing. Working in a restaurant where nothing was left overnight in the walk-in except for butter was an eye-opening experience, and further developed her love of fresh ingredients and the flavors of the Mediterranean region.

Amanda came back to New York where she worked at some of the city's most popular restaurants including Cesca, where she cooked alongside Tom Valenti as his chef de cuisine and earned two stars from The New York Times. Next, Amanda was the executive chef at Gusto in the West Village, where she received both critical and popular acclaim.

In late 2007, Amanda was looking for an opportunity to show her versatility as a chef. Jimmy Bradley's search for a new chef at The Harrison and Amanda's desire to try something new could not have been better timed, and the two chefs' shared passion for bold, straightforward cooking made this a natural fit. Since Freitag's arrival, The Harrison has received numerous accolades from local and national media, including a two-star review from The New York Times, as well as features in Time Out New York, New York Magazine and Forbes Life.

A graduate of the Culinary Institute of America with twenty years of kitchen experience since the age of 15, he boasts a heavy list of experience at highly lauded dining locations such as The River Café in Brooklyn, NY, Daniel, Payard and Café Boulud in New York City.

Johnny’s enrichment continued during a journey around the world in 1998 to study pastry at some of the finest patisseries in France including LaDuree under Pierre Herme. Chef Iuzzini was deemed “Outstanding Pastry Chef of the Year” by the James Beard Foundation in 2006, followed by accolades such as “10 Most Influential Pastry Chefs in America” by Forbes Magazine, “Best New Pastry Chef” by New York Magazine, and named one of the “Top Ten Pastry Chefs in America” two years in a row by Pastry Arts and Design Magazine.

Entwined in these notable rankings are several appearances on major network television shows including Martha Stewart, Paula Dean and Tony Danza, as well as being seen on Top Chef Chicago, The Today Show and Good Morning America. During the nine and a half years that Chef Iuzzini was the Executive Pastry Chef at Restaurant Jean-Georges, the restaurant had received four stars from the New York Times, as well as three Michelin stars, and was considered to be one of the world’s 50 greatest restaurants. Iuzzini is the head judge of Bravo’s culinary competition series Top Chef Just Desserts and the author of Dessert Fourplay: Sweet Quartets From a Four-Star Pastry Chef.