The cost of using a portable generator will never compete with the power company, but new technology incorporated in an inverter-generator will save gas, run longer, and make the neighbors happy by producing less noise. 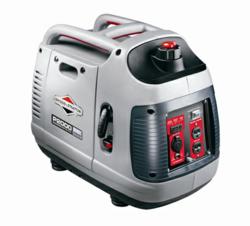 Portable generators have been on the market for years, built with conventional four cycle gasoline engines using a technology that has been around since the 1930’s. These generators run at a high speed with a governor regulating the speed of the engine to produce the correct voltage at 60 cycles per second (htz). Portable generators may still be the standard, but inverter generators are gaining popularity. Mike Fisher of Disaster Relief Supply, an emergency preparedness retail store and website, provides some insight into why inverter generators are the fuel-saving power-equipment of the future.

Depending on the size of the engine, most generators use between ½ and 1 gallon of gasoline per hour. Inverter generators use ½ his amount. “People seem to think of generators as just an emergency product, but they couldn’t be more wrong. Contractors, landscapers, outdoors-men, tailgaters, and lots more hobbies and professions require a generator on a daily basis; it makes sense to have one that saves on fuel,” said Fisher.

Besides the fuel savings, inverter-generators are much quieter. A traditional 2000 watt generator produces approx. 65 to 70dB of noise measured at 7 feet from the unit running at ½ load. An inverter generator of the same size will produce 55 to 58dB. “This is the difference between hearing a car idle and hearing a lawnmower running at full speed,” Fisher clarifies, “For every increase of ten decibels, the noise level is ten times more powerful. A generator running at 70db is ten times as loud as a generator running at 60db”. Fisher has seen consumers who frequently use their generators converting to inverters to avoid noise complaints and city sound ordinances.

Fisher explains that the key to this fuel and noise savings in the inverter generator is a computer regulating the speed of the engine. Unlike the traditional generator that must run at a constant speed, when the computer senses the need for more power (such as a refrigerator or Air Conditioner starting) it opens the throttle and increases the speed of the engine. The computer then regulates the voltage and frequency (htz) of the power. When this power surge is over, the engine speed will be reduced decreasing the amount of fuel usage and reducing the noise level.

Inverter generator technology has another major advantage; Clean Power. Now that we are in the 21st century our lives are driven by electronics. These devices require a constant voltage and a true sine wave to prevent stress on the computer chips. A UPS (uninterruptable power supply) on your computer will protect this it from a power surge, but everything is electronic these days. Fisher says that from the refrigerator to the clock radio; escaping electronics is nearly impossible. “Even things you don’t think contain fragile technology do” he states. The inverter-generator uses the same basic technology as in a UPS, which will protect electronics from shaky power waves that could cause damage.