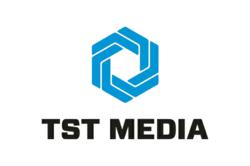 RSL is excited with the launch of our new web site. We hope it will encourage more people to get involved with the sport of rugby.

TST Media (http://tstmedia.com) today announced it has formed a partnership with the U.S. Rugby Super League (RSL), which has moved its website to TST Media’s NGIN (pronounced "engine") web site platform. The RSL (http://premier-rugby.com) continues to work with TST’s team of designers to improve the functionality and effectiveness of the RSL web site and overall rugby awareness.

"The Rugby Super League (RSL) web site had become obsolete, and our member teams decided it was time to catch up with the world of digital media," said Sean Kelly, RSL’s president. "Rugby is a fast-growing sport in the U.S. and, as such, good media outlets are needed to continue to push this growth. By partnering with TST Media, we felt building a new web site with state-of-the-art functionality would help highlight our sport, as well as the league itself. TST Media’s expertise in the sports industry makes it a good fit for the RSL and, given their passion and knowledge, we believe the firm will help us promote the league and continue to build the sport. RSL is excited with the launch of our new web site. We hope it will encourage more people to get involved with the sport of rugby, drive attendance to our exciting league matches, and further engage the entire community."

The U.S. Rugby Super League is organized and sanctioned by USA Rugby as the Premier Level of Men's Rugby in the USA. The RSL manages and operates the participating member clubs within the guidelines of the United States of America Rugby Football Union and is subject to the international laws of the game. Its 2012 season will showcase 10 teams competing in two conferences, with scheduled season play and two rounds of playoff games culminating in the Rugby Super League Championship match. The competition runs from mid-March to late May each year.

"We're honored to have been tapped to lead the digital charge for the Rugby Super League as it continues its explosive growth," said Carson Kipfer, TST Media CVO and co-founder. "Together, we will produce an authentic online rugby experience that builds brand awareness and encourages engagement. We look forward to working with the RSL as we continue to ensure the global sport of rugby grows here at home."

About TST Media
TST Media (http://tstmedia.com) is a highly skilled team specializing in the execution of world-class sports content strategy, design, marketing, and technology. The company is a collection of talented and passionate sports and tech minds working to continuously revolutionize the way leagues, teams, players, scouts, and fans interact with high-end athletic brands. TST Media crafts unique experiences that build brand awareness and encourage engagement, while striving for excellence and effectiveness. The company preaches that "digital" is not just a marketing add-on, but instead is the core of powerful brand communication and community.

The company is best known as the team behind the NGIN (pronounced "engine") web site platform (http://ngin.com). NGIN is a proprietary data platform that powers more than 2000 leagues and sports organizations around the world. Engineered by the developers at TST Media, NGIN features a complete suite of powerful tools that helps organizations and their audience connect and interact online.

The U.S. Rugby Super League, in conjunction with USA Rugby, encourages league-wide sponsorship, licensing, and broadcast agreements for the league with the purpose of promoting products and services through the medium of rugby, "The Global Game."