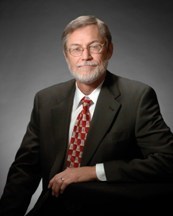 If you challenge me to something you think is impossible, I'll do everything I can to make it happen. Just tell me I can't do something. I don't give up.

One of the criteria for membership is that applicants must have won awards or settlements of at least one million dollars in a trial case where they were the primary counsel. However, this criterion is only the membership’s barrier of entry, as applications for membership endure grueling personal and professional investigations. Applying attorneys must also demonstrate a tenacious hunger for justice, compassion, dignity and professionalism. Furthermore, successful applicants adhere to the laws and regulations that govern their specialization and serve as mentors to others in their field. These intense requirements ensure that only a select few attorneys earn the privilege of becoming a Million Dollar Advocate. These guidelines, however draconian, perpetuate the exclusivity of the Million Dollar Advocates membership.

Keith Fletcher has been a personal injury lawyer in Houston for over three decades, serving as an honorable advocate for victims all over Texas. Keith Fletcher earned his Juris Doctorate Degree from Baylor School of Law in 1979 and became board certified in personal injury trial law in 1984. He joined the Simmons and Fletcher firm the year he graduated from Baylor and has been a successful advocate for victims of personal injury for many years. The Simmons and Fletcher firm represents injured victims seeking justice for negligent parties in car accident claims, truck and 18 wheeler collisions, drunk driving accidents, as well as victims of other injuries and circumstances. Keith fights for victims’ rights when they do not have the power or resources to fight alone.