Going Beyond the Hour, Daring the World to Save the Planet 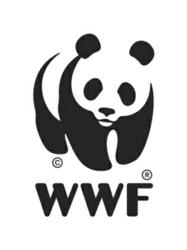 In less than two weeks, clocks will strike Earth Hour as Americans switch off non essential lights for one hour in celebration of the world’s largest voluntary environmental action.

From New York City’s Times Square to the Las Vegas Strip, and from the country’s tallest building to Girl Scout Troop 1174, at 8:30 p.m. (local time) on Saturday, March 31 Earth Hour participants will raise awareness about the environmental impact we have on our planet.

In addition to the array of government entities, prominent companies, iconic landmarks, and even major league sports teams that are participating this year, World Wildlife Fund (WWF) is announcing two new opportunities for communities to go beyond the hour of darkness and be part of the world’s environmental solution: the “I Will If You Will” campaign and the Earth Hour City Challenge.

As part of the “I Will If You Will” campaign, people are able to challenge others to show their support for the planet and pledge to take environmentally-responsible actions. Hosted on a custom-made YouTube digital platform, “I Will If You Will” challenges can be shared publically through popular social media networks, including Facebook, Twitter and Google+, thereby generating a virtual rallying call for a sustainable future.

“Our success in saving the planet depends on our ability to empower individuals to inspire their friends, colleagues, neighbors, and lawmakers to take environmentally sustainable actions now, and into the future,” said WWF President and CEO, Carter Roberts. “Earth Hour now offers more ways for millions of people to encourage positive action for the environment.”

Around the globe, a diverse set of “I Will If You Will” challenges have already been issued. For example, Earth Hour Kids’ ambassador Pocoyo will plant 50,000 trees if 100,000 people play his recycling game on EarthHour.org, and the President of Fiji, 70 year old Epeli Nailatikau, will walk 30 kilometers to raise awareness of climate issues if businesses, non-government organizations and government departments in his country take clear-cut actions that will benefit our environment.

The Earth Hour City Challenge is a new WWF initiative that encourages American cities to prepare for the costly impacts of climate-related extreme weather and reduce their carbon footprint. The public unveiling of this initiative will take place at an event on March 31 in Tucson, Arizona just before Earth Hour 2012.

ABOUT EARTH HOUR
Earth Hour is a global environmental initiative in partnership with WWF and Leo Burnett. Earth Hour began in one city in 2007 and by 2011 reached over 1.8 billion people in 135 countries across every continent, receiving reports as ‘the World’s largest campaign for the planet’.