Mario Massillamany of the Indiana law firm of Starr, Austen & Miller, LLP, announced today that the judge has allowed the Receiver in the case of a prominent Indiana money manager, Keenan R. Hauke, who late last year plead guilty to a large Ponzi scheme, to appoint Starr Austen & Miller’s attorneys to initiate litigation to “recover additional funds for the Receivership estate.” 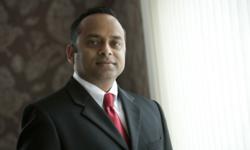 Mario Massillamany of the Indiana law firm of Starr, Austen & Miller, LLP, announced today that the judge has allowed the Receiver in the case of a prominent Indiana money manager, Keenan R. Hauke, who late last year plead guilty to a large Ponzi scheme, to appoint Starr Austen & Miller’s attorneys to initiate litigation to “recover additional funds for the Receivership estate.” In the case entitled “State of Indiana et al., v. Keenan R. Hauke, et al.”, in Hamilton County Superior Court 4 in Indiana, under cause number 29D04-1104-PL-003478, the Receiver, William E. Wendling, Jr., has been tasked with marshaling assets to reduce investor losses.

According to court documents, the discovery of this Ponzi scheme happened in April 2011, when a former employee of Hauke reported his concerns about Hauke to the Indiana Securities Commission. The Commission acted quickly in investigating and then bringing a complaint against Hauke, and getting the court to freeze the assets of the former Fishers money manager and hedge fund operator. Hauke, who was the CEO of Samex Capital Advisors, LLC, had been previously kept a high profile, writing a regular column in the Indianapolis Business Journal, and being a frequent guest on cable networks and local TV shows, such as CNBC and Fox Business News, discussing financial issues.

While being very vocal within the financial community Hauke was at the same time involved in an elaborate Ponzi scheme involving many of his client investors, according to court documents. In this Ponzi scheme Hauke, who had great losses for his investors in a large Michigan real estate deal, began to solicit money from new clients, and he used most of this money to pay off previous investors. In addition, he converted some of these funds for his own uses, including paying off his mortgage, paying taxes and purchasing property. He also created a false trail of documents to deceive his investors about what was really happening to their retirement and life savings.

Court documents state that in December 2011 Hauke pleaded guilty in federal court to a single count of securities fraud, in which he admitted to defrauding 67 investors of over $7 million from 2004-2011. A sentencing hearing was held for him on March 23, 2012 in federal court, in the Southern District of Indiana, and he was sentenced to ten years and one month in jail.

Although the federal criminal case is now concluded, the Indiana state case continues against Hauke. According to court documents, one of the goals of this continued litigation is to try to recover as much of the Ponzi scheme victims’ money as possible, since on average each investor affected lost over $100,000, with some more, and some less because of Hauke’s misdeeds. Therefore, the Court appointed William E. Wendling, Jr. as a Receiver in June 2011, to take control over assets held by Hauke. He was tasked with establishing a claims process to distribute funds to shareholders and partners, and also creating a restitution fund for investors.

A part of gathering these assets for the estate is to gather funds from those who received them with knowledge of the Ponzi scheme, which can sometimes require the initiation of litigation. Therefore, on March 19, 2012, a judge in Hamilton County, Indiana, granted the Receiver’s petition to retain Starr Austen & Miller to initiate litigation on the Receiver’s behalf. Specifically, the Court ordered that “The Receiver may initiate litigation to recover profits received by investors, fund received by investors with knowledge or information of the Ponzi scheme, and any litigation investigated and believed viable by the Receiver to recover additional funds for the Receivership estate.”

Starr Austen’s securities arbitration attorney, Scott Starr, has stated, “Now that we’ve been appointed as counsel for the Receiver we’ll begin the task of investigation and initiation of litigation. We’ll do our best to discover and recover as much money as possible for the Receivership estate, which will, in turn, help reduce investor losses from this Ponzi scheme which has harmed so many innocent victims.”