Bancroft Press publisher Bruce Bortz has announced that Bancroft, long focused on fiction, will have a renewed focus on the memoir format. The new slate of books begins with Mary Miller’s dating memoir Rebooting in Beverly Hills, due out June 12, 2012. 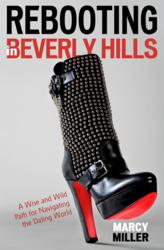 Our slogan here at Bancroft has always been 'Books that Enlighten.' Jackie O did that, and so do our upcoming memoirs.

On March 30, 2012, Bruce Bortz, founder and publisher of leading independent publishing house Bancroft Press, announced that his company would shift its focus from fiction, the company’s primary (though not exclusive) emphasis for more than a decade, to memoir.

The change will begin on June 12, when Bancroft, located in Baltimore, MD, will launch Marcy Miller’s Rebooting in Beverly Hills: A Wise and Wild Path for Navigating the Dating World, a “dating over 50” memoir tagged as “Sex and the City for the next generation.”

“It’s funny, it’s wise, and it’s uniquely insightful about real life,” says Bortz of Rebooting in Beverly Hills. “It’s exactly what we look for in a good memoir.”

In a way, says Bortz, the change began last August, with the release of Jackie O: On the Couch: Inside the Mind and Life of Jackie Kennedy Onassis, a fictional autobiography of the former first lady. Although not actually written by Onassis—in fact, it was written by accomplished psychoanalyst Dr. Alma Bond—it told a true story from a first-person perspective, and became one of Bancroft’s most successful titles in years.

“Our slogan here at Bancroft has always been ‘Books that Enlighten,’” says Bortz. “Jackie O did that, and so do our upcoming memoirs.”

Aside from Rebooting in Beverly Hills, these new titles include Gerald Felix Warburg’s Dispatches from the Eastern Front, an insider and lobbyist’s view of Washington, D.C. politics; an untitled memoir from Kevin Kelly about a former football coach who turned out to be a mob enforcer; Phyllis Hain’s Diamond in the Dark, a Southern girl’s true story of growing up in the midst of child and spousal abuse, then becoming a national champion of the abused; and in October of this year, Walking Home with Baba, Rohini Ralby’s spiritual account of her time spent with Swami Muktananda.

But Bortz emphasizes that this new emphasis on memoir does not mean Bancroft is moving away from fiction. In fact, Bancroft’s next title, Elizabeth Leiknes’s The Understory, due out June 1, is a work of humorous literary fiction. “We will continue to publish excellent fiction,” Bortz says. “But we’ll publish terrific memoirs as well.”

In a sense, this is Bancroft Press returning to its roots. Nonfiction was the predominant focus of Bancroft Press for nearly its first decade of operation.

“Fiction and memoir have a lot in common,” says Bortz, “especially first-person fiction, which I’ve always found to be extremely intimate. They both tell great stories. Really, that’s what we’re all about.”