The Green Job Bank reports that the first quarter of 2012 saw a dramatic increase in the number of green job postings compared to the same period in 2011. 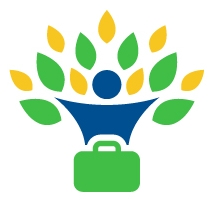 The market for renewable energy, clean technology and environmental projects is healthy and growing at a steady pace.

The increase was steady from December 2011 to March 2012, with 13,600 in December 2011, 15,500 in January, 16,300 in February and 20,900 in March. While the green job search engine has increased the number of sources it indexes green jobs from, this increase alone does not account for the total increase in postings.

"This increase in green job postings is due to the growth of the green economy. It is the proof that the market for renewable energy, clean technology and environmental projects is healthy, and growing at a steady pace," said Bernard Ferret, Founder and CEO of The Green Job Bank.

Of the 36,500 green jobs postings indexed during the first quarter of 2012, 10,300 are still active and less than 30 days old, and 500 are still active and are between 30 and 60 days old. Some older postings are still present on the origin websites from which they were found, and may still be open, but the Green Job Bank removes them from its index after 60 days to ensure freshness.

The top US States are California, in undeniable first place with 1,900 active jobs, Texas in second position with 745 jobs, and New York in third place with 648. Massachusetts, Florida, Pennsylvania, Colorado, Virginia, DC and Illinois complete the list of the top 10. 380 job postings are virtual or do not include a state.

About The Green Job Bank

With well over 10,000 current green job postings, The Green Job Bank is the leading search engine for green jobs. The search engine, which was launched in 2009, crawls the web daily to provide the freshest listings available from thousands of websites. The listings come from green employers, green recruiters, non-profit organizations, trade associations, research labs, green job boards, and venture funded green startups. The site includes a directory of hundreds of green employer profiles and green education programs, enabling job seekers to research easily the green companies for which they want to work, and the training and certifications they need to obtain their dream green job.