Prevent and Reverse Coronary Artery Disease through a Plant Based Diet 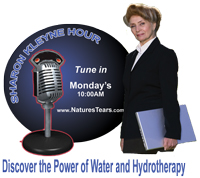 Coronary artery disease, the number one cause of death worldwide (and projected to increase), can be prevented and even reversed through a plant based diet. Sharon Kleyne, host of the Sharon Kleyne Hour Power of Water syndicated radio talk show, considers this discovery a world shaking breakthrough that could save millions of lives (Mathers, 2006) (Esselstyn, 2008).

Dr. Esselstyn was a cardiac surgeon at the Cleveland Clinic in 1984 when he began a study of 24 patients with advanced coronary artery disease whose prognosis seemed virtually hopeless. Patients were placed on a strict plant based diet and monitored for 20 years. During the study, not one person who followed the diet experienced a cardiac event (the group had previously experienced 47 cardiac events). Angiograms revealed an almost complete reversal of the plaque buildup in their coronary arteries that causes heart attacks and strokes.

According to Dr. Esselstyn, to prevent or reverse arterial plaque buildup, the following foods should be avoided: (1) Red meat. (2) Chicken and poultry. (3) Fish. (4) Dairy products (milk, yogurt, ice cream, sherbet, cheese and any product containing "caseinate"). (5) Eggs, egg whites and egg substitute that contain egg whites. (6) No oil whatsoever, including olive oil and canola oil. (7) Eat whole grains only, no refined flour products or white rice. (8) Fruit juice. (9) Nuts. (10) Avocados. (11) Coconuts. (12) Be cautious with soy products, which may be highly processed and heavy in oil and salt. Light tofu is fine, soy cheese is not.

Dr. Esselstyn and Sharon Kleyne agreed on the necessity to avoid refined sugar products, carbonated beverages, heavily sweetened granola bars, salt and fried foods. Mrs. Kleyne noted that sugar and fried foods can be addictive and difficult to quit. She reiterated the health benefits of drinking eight to ten glasses of water per day.

Things that are good to eat, according to Dr. Esselstyn, include virtually all fruits and vegetables, legumes (peas and beans), whole grains and tubers (potatoes).

The interview closed with agreement by both Mrs. Kleyne and Dr. Esselstyn that pills and invasive procedures should be a last resort and that a long and healthy life requires proactive personal commitment to education, nutrition and lifestyle.