IBIS Systems Made by Montreal Company Used in Nearly 70 Countries 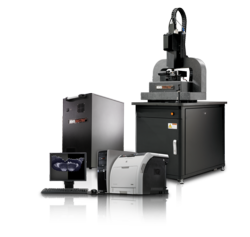 ...Central and South America have embraced our ballistics identification technology for many years and have had great success in taking violent off the streets.

Law enforcement agencies in both Belize and Costa Rica are to receive the latest in IBIS forensic ballistics identification equipment; IBIS TRAX-3D. Developed by Forensic Technology WAI Inc. of Montreal, Canada, IBIS is used by police and forensic investigators to link firearm-related crimes, suspects and firearms.

“IBIS technology is an excellent tool for helping investigators solve more firearm crime. Many countries in both Central and South America have embraced our ballistics identification technology for many years and have had great success in taking violent offenders off the streets,” said Robert Walsh, President of Forensic Technology, “we are extremely proud that the Canadian government has chosen to help these countries in a way that will truly make a difference with regard to violent transnational crime.”

Spearheaded by Foreign Affairs and International Trade Canada, the Canadian Initiative for Security in Central America (CISCA) will focus on many areas, including border security and strengthening justice and security institutions.

The IBIS ballistics forensic identification systems are due to be installed in the spring of 2012. Canada’s announcement builds on nearly $2 billion in investments (2008-2011) to improve security, promote sustainable economic growth and strengthen institutions related to democracy, human rights, and the rule of law in the Americas.

Forensic Technology pioneered automated ballistics identification more than twenty years ago and continues to be a leader in ballistics and firearms identification technologies that promote a safer society. We partner with hundreds of public safety agencies in nearly 70 countries and territories, providing cost-effective and sustainable solutions.

IBIS-TRAX 3D is the latest generation of IBIS technology which incorporates all of the benefits of IBIS and raises them to an entirely new dimension of crime solving value through increased automation, new 3D imaging with the ability to take accurate measurements to the nanometer level and capture more crucial data for better correlation accuracy, and 2D imaging to leverage visualization and ensure backward compatibility with existing IBIS 2D systems.