Diamond Nexus, top online retailer of man made diamond simulants has launched their celebrity looks for less, including a replica of the ring once worn by Princess Diana. Since the royal wedding one year ago, sales on the ring have increased threefold. 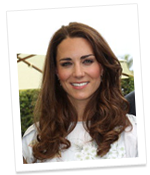 With the royal couple’s one year wedding anniversary this weekend, it will be exciting to see if Prince William presents his lovely wife with some new jewelry to add to her collection

Diamond Nexus originally created the Lady of Kensington engagement ring in honor of Princess Diana. Featuring a 2.54 ct. Oval cut synthetic sapphire and 24 accent stones in a halo setting; it closely resembles the ring it had been inspired by.

Prince William presented his late mother’s iconic ring to Kate Middleton at their wedding on April 29, 2011 at Westminster Abbey. People all around the world eagerly watched them, studying their fashion and jewelry choices. The classic ring design jumped back into popularity, and is now being coveted by a new generation of couples.

This coming weekend will mark the couple’s one year wedding anniversary and Diamond Nexus has seen a jump in sales of the Lady of Kensington engagement ring, as the idea of wearing an elaborate and affordable engagement ring appeals to most new couples who want to keep their ring within a budget.

“Sales for the Lady of Kensington have tripled in the past year, with more and more couples wanting that look of royal elegance.Kate Middleton's engagement ring has created quite a stir among our customers. Some women do opt to semi-customize the ring with a different colored center stone, depending on their tastes, which is easy to do with Diamond Nexus, ” stated Stephen McNelly, Director of Operations.

“With the royal couple’s one year wedding anniversary this weekend, it will be exciting to see if Prince William presents his lovely wife with some new jewelry to add to her collection. Kate is so fashion forward, that we know whatever she wears is going to look stunning,” commented Jennifer London, Social Media Coordinator.