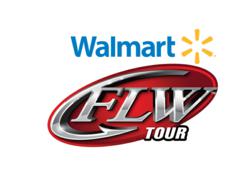 Coming in to this event Castrol pro David Dudley of Lynchburg, Va., had career winnings of $2.9 million dollars – the most of any professional angler on the FLW Tour. Dudley widened that gap today by winning the Walmart FLW Tour Major on Beaver Lake presented by Straight Talk. The $125,000 victory has pushed him over the $3 million mark. Dudley weighed in a five-bass limit worth 16 pounds, 9 ounces to win the tournament, besting the best bass-fishing pros from all across the United States, Canada, Spain and Japan.

Dudley weighed in 20 bass totaling 54 pounds, 7 ounces during four days of competition fishing. He edged out a man who had previously won this event in 2007, Andy Morgan of Dayton, Tenn., who weighed in five bass today totaling 17 pounds, 8 ounces. Morgan’s four-day total of 53-15 was good enough for second place and a $35,000 check.

“Winning a tournament like this really drives me,” said Dudley, who now has 32 top-10 finishes and six victories in FLW competition. “Me and Glenn (Browne) are good friends, but when he said on stage yesterday that there were only three anglers in contention to win and he didn’t mention my name, well, it really fueled my fire. So thank you, Glenn Browne. What I did today was like hitting two grand slams in the last inning of a baseball game. I just kept plucking away at it. It’s a passion for me.

“You really just have to go out there and catch as much as you can,” Dudley continued. “You can’t worry about what the other guy is doing. Fishing is so much of a mental game; you have to be mentally tough. It’s not about the skill, it’s about the decisions. It’s not like I’m a better angler than anybody out there. It’s the decisions that we make that separate us.”

Dudley used his decision-making skills today to leap from fourth place after Saturday’s weigh-in into the top spot. He caught most of his fish this week on an umbrella rig, but changed his strategy this afternoon after having a slow morning.

“I was catching them all week on the umbrella rig, but around 1 p.m. I realized that if I wanted to win I was going to need to switch it up,” he said. “I went to a steep bank that I had caught a couple off of this week using a wacky worm, and the wind was blowing pretty good against it. I made the decision to switch back to the wacky worm and I just worked my way down that bank. I caught four or five keepers and culled a couple of times, and it just seemed to turn on for me. Everywhere I stopped I caught a big one. I ended up only weighing in one on the umbrella rig today.”

Despite the umbrella rig being a key part of Dudley’s success throughout the week, he knows that it was not the only factor in his victory.

“That rig is something that we are all still learning about,” said Dudley. “It’s gotten a bad name because some people say that it mistreats the fish, but it doesn’t do any of that. It’s a lure that is going to catch some fish, but it does not dominate. Of my 20 bass that I weighed in, only 13 of them came on the umbrella rig. Seven of my fish came on different lures. The umbrella rig is a tool, not a cure-all tool. I believe the key decision to my tournament was not going after the spotted bass. I had a legit 10 to 12 schools located, and it was very tempting. I knew I couldn’t rely on them, though, because they would not have had the weight that helped me get to this spot today.”

Moments after his emotional victory, Dudley was already looking ahead to the next FLW Tour event on the Potomac River.

“I’m really looking forward to the Potomac, that’s for sure. I really love tidal rivers and I love the current. The Potomac is a very healthy fishery right now, so all of you Fantasy Fishing players out there better pick some good power fishermen.”

The remaining top 10 pros finished the tournament in:

Coverage of the Beaver Lake tournament will be broadcast in high-definition (HD) on NBC Sports Network when “FLW” airs June 3 from 1 - 2 p.m. ET. "FLW" is hosted by Jason Harper and is broadcast to more than 559 million households worldwide, making it the most widely distributed weekly outdoors-sports television show in the world.

ABOUT FLW
FLW is the industry’s premier tournament-fishing organization, providing unparalleled fishing resources and entertainment to our sponsors, fans and host communities. FLW is offering anglers of all skill levels the opportunity to compete for millions in prize money nationwide in 2012 over the course of 191 tournaments across five tournament circuits, each providing an avenue to the sport’s richest payday and most coveted championship trophy – the Forrest Wood Cup. FLW is committed to providing a lifestyle experience that is the “Best in Fishing, On and Off the Water,” through a variety of platforms including tournaments, outdoor expos and the world’s richest fantasy sports game – FLW Fantasy Fishing. For more information about FLW and FLW Fantasy Fishing, visit FLWOutdoors.com or FantasyFishing.com and look for FLW on Twitter and Facebook.