5 Things You Should Know Before Purchasing an AED 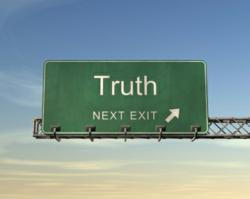 Know the Truth Before You Buy an AED

1.) Sudden Cardiac Arrest is more prevalent and more dangerous than you think.

It’s very likely that you have been affected, in some way, by cardiac arrest. The general public hears “cardiac arrest” and thinks it only happens to the elderly, but they are sadly mistaken. It strikes the young and old alike, without any signs or warnings.

2.) Cardiac arrest is not the same as a heart attack.

A heart attack is considered a “plumbing” problem, whereas cardiac arrest is an “electrical” problem. A heart attack is when blood flow to the heart’s muscle gets partially clogged or completely blocked, making it impossible for the extremities to receive blood. A heart attack has symptoms of chest pain, upper body discomfort, shortness of breath, lightheadedness, and sweating. There's a possibility that a person can take action before there is too much damage.

Sudden Cardiac Arrest, on the other hand, has no symptoms. Unlike a heart attack where the heart will continues to try pumping blood, a person in cardiac arrest has no heartbeat. The heart quivers, but does not pump. It strikes without warning for a number of different reasons including genetic factors and cardiac abnormalities. The symptoms for cardiac arrest? Sudden collapse, no pulse, no breathing, and loss of consciousness. Your life is in the hands of another person. A shock from a defibrillator is the only thing that can save a person in cardiac arrest.

AEDs have advanced technology that analyze a person’s heart to check for certain arrhythmias. Only if arrhythmias which cause cardiac arrest are detected, will a shock be delivered. You cannot intentionally or unintentionally hurt someone with an AED.

Current production model AEDs have been designed to be fool-proof. The AED talks a person through the entire rescue via voice prompts, and will often have LCD text prompts, like the Powerheart G3 AED made by Cardiac Science. Even further, the newest generation AEDs have full color instructional videos, making the rescue simpler than ever.

Many AEDs on the market offer fully automatic options, where the rescuer doesn't even have to push a shock button. Study upon study has shown that AEDs are simple enough for anyone to operate, including children as young as 7 years old. Not only do they give step by step instructions, AEDs such as the Zoll AED Plus give Real CPR Feedback by telling the rescuer how deep and fast their CPR compressions should be.

When Cardiac Arrest strikes, you have 5 minutes before brain damage, and then death occurs. Think about how quickly 5 minutes passes. Quick access to an AED leads to early defibrillation, which dramatically increases the chance of a life being saved. For every minute that passes after a person collapses, the chance of survival decreases by 10%. The more AEDs that are deployed in public facilities, homes and cars, the more “safe zones” are created. Sudden cardiac arrest survival rates have greatly increased in heartsafe cities, such as Seattle, where implementing AEDs througout the city is a priority.