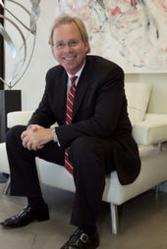 The prestigious Super Lawyers Award is a rating service of outstanding lawyers from more than 70 practice areas, conducted on an annual state-by-state basis.

Top attorneys in each state are nominated and rigorously evaluated on 12 indicators of peer recognition and professional achievement. Those with the highest points are selected from each category which encompasses a mere five percent of total lawyers in each state.

He has litigated over 25 jury trials and has represented both local and national auto product liability and catastrophic injury cases, recovering tens of millions of dollars for his clients.

He is the author of “Still Unsafe at Any Speed”, the most comprehensive literary work on auto defects since Ralph Nader’s 1965 book of the same subject, “Unsafe at Any Speed”, and is a frequent lecturer for various trade organizations where he teaches trial techniques and strategies to other attorneys.

Brian is Vice President of the Consumer Attorneys of California and serves on the Board of Governors for CAOC. He is a past President of the Orange County Trial Lawyers Association and is AV rated by Martindale-Hubbell® (their highest rating).

Brian enjoys golf, tennis and spending time with his children.

Bisnar | Chase represents people who have been very seriously injured or lost a family member due to a defective product, negligence or personal injury accident in California. The law firm has won a wide variety of challenging personal injury and wrongful death cases involving car accidents, work related injuries, negligence and defective products made by Fortune 500 companies. For more information, visit http://www.BestAttorney.com.