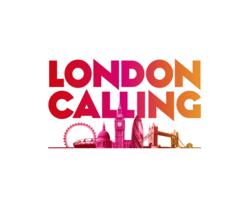 Diamond Queen forms part of the BBC programming line-up for London Calling, a unique season of programmes airing on BBC channels around the World.

Created and presented by well-known British journalist and respected documentarian Andrew Marr, Diamond Queen examines the responsibilities, relationships, and worldwide influence held by the Queen during her reign.

Marr begins by looking closely at the ways in which the Queen’s early years were shaped by her grandfather, parents, and the subsequent events resulting from the abdication. He examines the relationships developed over the course of a reign that has witnessed 12 different Prime Ministers. Exclusive interviews with David Cameron, Tony Blair and Sir John Major reveal the dynamic and evolving connections between the Head of State and her Government.

The three-part series also takes the viewer behind the scenes of international working engagements over the course of a year and half, analysing the influence of the monarchy on global trade and international relations. Unique insights are delivered through conversations with members of the Royal Family, Foreign Secretary William Hague, and Taoiseach Enda Kenny, who shares his perspective on the Queen’s trailblazing visit to Ireland in 2011.

Marr also assesses the Queen’s moves to modernise the monarchy over the last 60 years, from the abolition of the presentation of debutantes in 1958 to the opening up of the Palaces, themed receptions and garden parties at the Palace, and the very modern wedding of the Duke and Duchess of Cambridge in 2011.

Reflecting on the hugely successful royal wedding, Prince William and Prince Harry talk about their grandmother’s influence on the day – including their choice of uniforms!

To find out when Diamond Queen and other BBC programmes featuring in the London Calling season, such as the live broadcast of The Queen’s Diamond Jubilee: Concert, air in your region, please visit http://www.londoncallingbbc.com.

London Calling will air between May and August² on BBC Entertainment (Africa, Poland, the Nordic Region, Asia, India, Latin America and the channel’s pan-European service³), BBC Knowledge (Africa, Poland, the Nordic Region, Italy, Asia and Australia), BBC HD (Latin America, Poland, The Nordic region and Turkey), UKTV (Australia and New Zealand) and BBC World News (global). The season will also be available to users of BBC.com and to users of the global BBC iPlayer but will vary territory by territory.