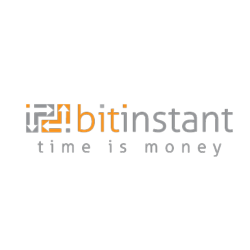 Almost a quarter of US families don't have debit or credit cards, but we let them participate in ecommerce anyway. Drop cash at your nearest convenience store, and you can buy whatever you'd like online.

BitInstant LLC announced today an expansion of its payment options to enable the purchase of Bitcoin—a global digital currency—at hundreds of thousands of retail and convenience locations in US, Russia, and Brazil.

Using these new locations, anyone can obtain Bitcoins within minutes of payment, a process that previously took several days. By simplifying this exchange, customers now just visit BitInstant's website, print out a receipt, and deposit physical cash for the virtual currency at their nearest retail or convenience location. Bitcoins are credited to their account within 30 minutes.

This solves one of the convenience problems associated with Bitcoin purchases - they are now far easier to acquire. Credit cards and Paypal have typically not been accepted, because those payments are reversible, whereas Bitcoins are not (enabling the seller of Bitcoins to be defrauded with a chargeback). This dynamic has made obtaining Bitcoins a lengthy and confusing process. BitInstant hopes to change that.

"This is now absolutely the fastest way for people in these three major markets to acquire Bitcoins," explains Charlie Shrem, CEO of BitInstant, "it's become exponentially easier to make purchases and this increased liquidity will further broaden the appeal of the Bitcoin system."

Bitcoin is the world's first private, decentralized digital currency and payment network, with a current market price of around $5 per Bitcoin. The currency is controlled by cryptography rather than by any corporation or central bank. Created as an open-source software project by a mysterious programmer named Satoshi Nakomoto (who has since vanished), Bitcoin enables users to transfer funds instantly to any other Bitcoin account holder in the world. There is no middle-man or controlling entity, positioning this new currency as wildly different and potentially revolutionary technology.

"It's taken a while for people to really internalize what this all means," says Shrem, "The value of Bitcoin lies in its mathematical honesty, flexibility, and privacy. Instead of waiting 3-5 business days for a wire transfer across an ocean, Bitcoin transfers are immediate and have zero fees (for the most part). They also prevent merchants from suffering costly chargebacks, or requiring customers to expose personal information merely to make an online purchase." Shrem suggests that "Bitcoin is to money what email is to the postal service."

This partnership further enables the "underbanked" to take part in the global online economy. This cash deposit network was built for the tens of millions of US residents who don't have a bank account, or don't feel comfortable divulging personal information online (which is over 82% of the US population according to Consumer Reports). By using cash deposits, all these consumers can still obtain and spend credit with online merchants. As Bitcoin is a frictionless online currency that also doesn't require any bank account, bridging the two was a natural fit.

"Almost a quarter of US families don't have debit or credit cards," says BitInstant's Director of Marketing, Erik Voorhees, "but we let them participate in ecommerce anyway. Drop cash at your nearest convenience store, and you can buy whatever you'd like online."

Of particular note are the international deposit locations, which have only recently brought online. While Bitcoin is global, specific nation’s currencies are not. With the new partnership, a Brazilian for example can deposit R$ (Reals) locally, and obtain Bitcoins which are slowly being accepted in an increasing number of locations throughout the internet. "Speaking globally," Voorhees continues, "the World Bank claims that roughly 50% of the world's population does not have access to banking, let alone debit and credit cards, hence our expansion beyond the US and beyond the US dollar. Bitcoin is ideal for this type of arrangement."

"Skeptics like to point at Bitcoin and laugh," says Voorhees, "'that's not real money,' they claim. But perhaps, as quipped on the recent Bitcoin-themed episode of The Good Wife, 'real is about to change.'"

About BitInstant
New York-based BitInstant (http://www.bitinstant.com) leads the financial integration of the international, open-source Bitcoin payment network. By enabling its customers to fund third-party exchange and payment accounts instantly, BitInstant is the fastest way to obtain Bitcoins or to arbitrage funds between global Bitcoin exchange markets.