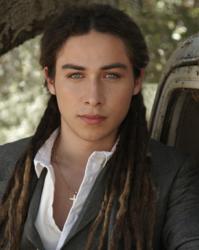 We have four goals: unite fathers and families, bring the community together, bring attention to downtown Jackson and raise money to strengthen our families. We’re going to make a huge statement about the importance of family unity.

The day will begin with a 5K and a one-mile Family March with Jabari Greer and the Jackson-Madison County Schools Drum Line All Stars. It also will include a family auction, children’s games (bouncers, dunking booth and water supplied by the Jackson Fire Department), National Guard rock climbing wall and races for Special Needs Athletic participants and community heroes. The Lunch Box, Reggi's BBQ and Wings and Coca-Cola will serve food and drinks.

WYN 106.9 West Tennessee Idol/Texaco Country Showdown Finalists will take the stage at 1 p.m., followed at 2:30 p.m. by Castro, a finalist from American Idol’s seventh season. Music will continue as Saul 2 Paul, Russell Dickerson and Smooth Jazz Progression perform. Joeneshia Green will be featured throughout the day, also. Greer and area sponsors will announce the Paul Williams Father of the Year award at 7 p.m. before Smooth Jazz Progression performs a celebratory finale.

Artists, crafters, organizations and small businesses can have a booth all day for $50; to reserve a space individuals can contact Dawn Bramblett at dawn(at)bramblettgrp(dot)com. Anyone who would like to donate new or gently used items to the family auction can bring them to the festival between 7 a.m. and 8:30 a.m. All proceeds from the sales of these items will benefit The Greer Campaign. Special Father’s Day T-shirts will be available for purchase at The Greer Campaign booth.

Anyone interested in joining those already sponsoring the event can contact The Greer Campaign Executive Director Sandy Stewart at sandy(at)thegreercampaign(dot)org. Platinum sponsors already committed include Coke Cares and Skin Tight Skin Care, while many others have donated $1000 and other amounts to fund the community event and support The Greer Campaign’s mission.

Following is a schedule of events for Saturday, June 16.

7 a.m. — Registration for 5K and Family March with Jabari Greer

5K will begin at Jackson City Hall with a downtown course that finishes back in front of city hall. All preregistered participants will receive a tech shirt. Registration is online at racesonline.com ($30).

March will begin in front of Jackson City Hall. People of all ages are encouraged to participate and bring strollers if needed. Registration is free; T-shirts will be available for purchase.

50-yard dash open to any Entrants - $25 to participant; no pre-registration

Family Auction Begins — Kids of all ages can bid on new and gently used items; all

10:30 a.m. — The Lunch Box and Reggi's BBQ and Wings serving food throughout day and Coca-Cola products for sale

7:00 p.m. — Presentation of the Paul Williams Father of the Year Award by Jabari Greer and award sponsors

Prizes include a recliner from Royal Furniture, a Sam’s gift card, an overnight stay and Sunday brunch for two at the DoubleTree Hotel, dinner for two from Rafferty's, a Skecher's shoes gift card, a family meal for ten from Reggi's BBQ and Wings, a Converse athletic watch and Skin Tight Skin Care men's hair and body products. To nominate a father, brother, son or friend, individuals can write a paragraph of no more than 250 words telling why he deserves to be father of the year. Entrees must be postmarked by June 11 and received at P.O. Box 32, Oakfield, TN 38362 by June 14. Recipient must be present to win.

Family auction ends; purchasers must be present to pay

Greer, the founder of The Greer Campaign, explained why Run Jackson exists by saying, “We have four goals for this event: unite fathers and families, bring the community together, bring attention to downtown Jackson and raise money to strengthen our families. With so many people coming together, we’re going to make a huge statement about the importance of family unity.”

Greer graduated from Jackson’s South Side High School and received a bachelor’s degree from the University of Tennessee, where he was a three-year starter at cornerback for the Vols and a track and field record holder. He was signed by the Buffalo Bills in 2004 and became a starter for the Saints in 2009, the same season the New Orleans team won the Super Bowl. A father of four, he is passionate about supporting fatherhood — encouraging dads who are single or married to take active, loving, involved roles in their children’s lives. That led to his founding The Greer Campaign.

The Greer Campaign’s mission is to unite fathers and unite families — providing education to fathers to assist them in their rights and responsibilities to their children. The third fatherhood class will begin June 4. The nonprofit also hosts workshops and outings with the entire family to help fathers and children reach their full potential. More information is available at http://thegreercampaign.org.