Tickets On Sale This Friday June 8 At 10AM 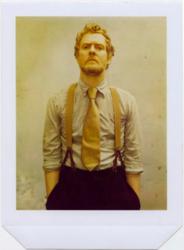 Glen Hansard, best known for his work with The Frames, The Swell Season, and the movie Once, will be touring this fall in support of his first ever solo album. Rhythm and Repose has been over 20 years in the making, and hits stores on June 19. The September 22 show at the Taft Theatre will be part of the final leg of his headlining run before he heads out on tour with Eddie Vedder.

Reserved tickets, $35 & $25 (plus applicable fees), go on sale this Friday June 8 at 10 AM at http://www.ticketmaster.com, http://www.tafttheatre.org, the Taft Theatre Box Office and all Ticketmaster outlets including select Kroger stores. Charge by phone at 1.800.745.3000.

The highly lauded play Once, The Musical has been nominated for 11 Tony Awards including Best Musical. Once, The Musical is based on the feature film Once, with original songs written by Hansard including “Falling Slowly” for which he won an Academy Award. The play successfully opened on Broadway on March 18 to rave reviews including the New York Times who explains, “what was always wonderful about ‘Once,’ its songs and its staging, has been magnified.”

Hansard is celebrated as the principal songwriter and vocalist/guitarist for the Irish group The Frames, who have established themselves as one of the most influential bands in Ireland. Hansard garnered a reputation as not only an unparalleled front man, but also for his dedicated following and his grounded, real-life songs. Hansard is also one half of the acclaimed duo The Swell Season. In 2007, he and Czech songstress Markéta Irglová took home the Academy Award for Best Original Song for “Falling Slowly” off the Once soundtrack. Hansard and Irglová continued the success of Once with the 2009 release Strict Joy under the namesake of The Swell Season.