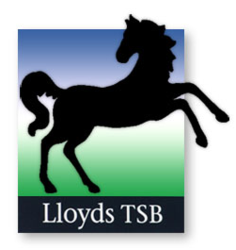 Suren Thiru, economist at Lloyds TSB, said:
"The UK savings market has undergone some extraordinary changes over the past 60 years, reflecting the changing way we live our lives. Today, the typical saver is very different compared to the 1950s with the vast majority of savers now viewing their nest egg as an investment rather than as something for a rainy day. This change in attitude is partly as a result of the substantial growth in personal wealth over the period.

Looking forward, savings levels are likely to continue to increase as households look to improve their finances. Furthermore, an increasingly ageing population is expected to save more in the future due to the need to put more aside for retirement."

Total household savings
The value of household savings – including pensions, shares and deposit savings – in the UK has risen by 464% in real terms1 over the past 60 years. This is equivalent to an average annual rate of growth of 2.9%, comfortably outpacing the 1.6% per annum average rise in real earnings over the period.

There are, however, considerable differences in the value of savings with some UK households holding little or no savings. Almost one in three (30%) UK households have no savings (accounts and investments) and a further 19% hold savings of less than £1,5002. Household savings recorded their biggest rise in value in the 1980s with a real increase of 115% between 1981 and 1991. The substantial rise in the value of pensions and life insurance held by households, caused in part by the changes to private pension provisions, was a key driver behind the strong erformance of household savings during the decade.

In contrast, the worst performing decade for real household savings was the 1970s when there was a 12% fall as high inflation eroded the value of savings.

Over the ten years to 2011, real household savings rose by 7%; the second worst performing decade over the past 60 years.

From Christmas clubs to investment funds: our changing savings habits In the 1950s, savings activity by UK households was mainly focused on saving for a special occasion as evidenced by the popularity of savers clubs, such as Christmas clubs and holiday clubs, and the greater use of organisations such as National Savings Committees.

Although these clubs offered no interest, households saved an average of 2 shillings and 11 pence a week in savers clubs in 19573, more than a fifth (21%) higher than the 2 shillings and 5 pence of savings made through the purchase of savings certificates and sums deposited in savings banks.

Today, most households view savings as an investment in order to smooth future consumption with funds now most commonly held in financial institutions. This is reflected in the increasing popularity of ISAs . Since their introduction in April 1999, the number of cash ISAs has risen by 160% to reach 11.9 million in 2010/11. There have also been marked changes in how we save with a large share of savings transactions taking place remotely (i.e. online, by phone or by post).

The rise of the single saver 60 years ago, savings was very much a family affair with men, typically seen as the main breadwinner, contributing most to household savings. The rise in both one-person households4 from less than one in five households (19%) in 1971 to one in three (33%) in 2011 and greater personal wealth has led to greater independence when making savings
decisions.

Women now save more
In the 1950s, women earned significantly less than their male counterparts therefore limiting
their ability to contribute to the family savings pot. Today, female savers in the UK have an average savings balance equivalent to 40% of their gross annual earnings, almost double the proportion of earnings saved by men (23%).

However, over the past decade, deposit savings' share of total household savings has rebounded, reaching 29% in 2011. The popularity of ISAs and the significant decline in equity prices have contributed to the rising share of deposit based savings over the past ten years.

Among the non-deposit savings instruments, pensions and life insurance assets' share of total household savings has more than doubled over the past 60 years from 24% in 1951 to 53% in 2011. The changes to private pension provisions in the 1980s was a key driver of the rise, helping to lift pensions and life insurance's share of total household savings from 33% in 1979 to 48% in 1989.

In contrast, the poor performance of equity markets over recent years has shrunk the value of equity savings. As a consequence, equities have fallen as a proportion of total household savings from 23% in 2000 to 13% in 2011.

In 1951, the household saving ratio was negative, at -2.0%, and remained below 2% for the remainder of the decade. The proportion of income saved by households grew strongly through the 1960s and 1970s as interest rates increased to combat high inflation, reaching a 60 year high of 12.2% in 1980 with official interest rates at 14%.

The consumer debt boom and relatively low interest rates that characterised the 'noughties' saw the household saving ratio decline during the 2000s to a low of 2.6% in 2007. The saving ratio has recovered since 2007 to reach 7.4% in 2011 as households have sought to bring their finances onto a sounder footing.

Households save more during recessions
The historical peaks in the saving ratio have been during, or very close to, periods of recession. The household saving ratio reached a 60 year high of 12.2% in 1980 when the UK economy was in recession.

Savings Rates
Over the past 60 years, the gross interest rate offered on no notice accounts has averaged 6.01%. In real terms, savings rates averaged 0.29%.