Infertile couples were invited to share their stories and struggles in a short video. From 45 videos submitted, three couples were selected to receive free In Vitro Fertilization treatment at Sher Fertility Institute 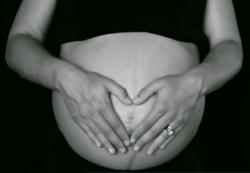 We will never lose faith that one day our hero will be hanging signs and balloons for Daddy’s homecoming.

Sher Fertility Institute today announced the winners of their “I Believe” Video Journal contest. The Institute will donate free in vitro fertilization to the three childless couples whose videos were selected by a combination of judging panel and popular vote. The couples are Emily and Jimmy Heaton, of Oceanside, CA; Melissa Costa-Lac and Hong Lac of Vernon, British Columbia; and Keva and Dan Montrose, of Fort Worth, TX.

The video contest was announced in late May, and 45 couples submitted videos detailing their struggles to start or add to their families. An outside panel of judges representing various fertility resources selected six finalists, whose videos were then posted on the Sher Institute website for an open vote by internet visitors. Sher Fertility Institute had originally planned to donate IVF treatment to just one couple, but decided the day before the announcement of the winner to open the donation up to three couples instead.

“After watching these heart-rending videos, we felt compelled to expand our donation to three couples rather than just one, as we had originally intended,” said Geoffrey Sher, MD, Executive Medical Director of Sher Fertility Institute. “These couples have been through unfathomable heartbreak, and we are happy to be able to offer them some hope.”

The donation is part of Sher Fertility Institute’s “Giving Back” initiative, intended to help some of the estimated one million couples in the U.S. that need advanced fertility treatment, but aren’t able to afford it. The donated treatment is valued at $12,000.

The Heatons have endured six miscarriages over the last six years, and Jimmy, who serves in the US Marine Corps, has been deployed seven times over the course of their courtship and marriage. In their video, they state “We will never lose faith that one day our hero will be hanging signs and balloons for Daddy’s homecoming. We believe one day we will hold our American dream.” Their video can be seen here: Heaton I Believe Video

The Costa-Lacs went through four miscarriages, two failed adoptions, and the heartbreaking loss of a baby boy, stillborn at full term, before a friend told them about the contest and recommended that they enter. “Our son taught us that life is precious and that life is incredibly unpredictable,” said Melissa. View their video here: Lac I Believe Video

The Montroses, who have been married since 2009, have lost three babies in the second trimester and have had four early miscarriages. Dan, who is in the US Air Force, returned earlier this year from a deployment. Keva’s plea in her video is to “Please help make my tough man a father.” Their video can be viewed here: Montrose I Believe Video

All 45 videos can be viewed on the Sher Fertility Institute website at http://www.haveababy.com.

During the last three decades, Sher Fertility Institutes and their doctors have donated hundreds of free fertility treatments to patients from all over the country.

About Sher Fertility Institute
Sher Fertility Institute is a national network of fertility clinics specializing in cutting-edge technology, personalized treatment and compassionate care. Sher Institute Founder Dr. Geoffrey Sher established the first private In Vitro Fertilization (IVF) program in the United States. Dr. Sher and his colleagues have been influential in the development of dozens of important breakthroughs in the field of reproductive care.