Let Your Users Print From Any iOS or Android App 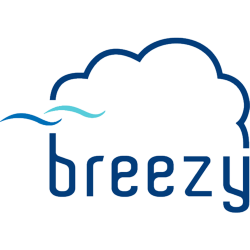 We already offer our apps on every major mobile platform, but we don’t want to be just another printing app -- we want to be the print infrastructure inside all the other apps.

Breezy, the secure mobile printing company, today launched the Breezy Button, a dynamic tool for developers to integrate print functionality into iOS and Android apps. Breezy's mobile printing technology leads the industry as the most secure and easiest to use solution in its class, and the Breezy Button now allows app developers to take advantage of Breezy’s secure mobile print infrastructure, including an extensive network of printing locations throughout the United States and in countries around the world. Users no longer have to navigate cumbersome lists of apps or send files via email, but can print to nearby Breezy Partner locations and other printers from directly within their favorite apps.

Breezy’s platform was built from the ground up with security and scalability in mind, providing enterprise-class reliability to businesses, end users and individual developers. Developers who wish to use Breezy’s platform to add mobile printing to their app can do so in just minutes, deploying a top quality printing feature set without any of the challenges and complexity of a custom-built solution.

“We already offer our apps on every major mobile platform, but we don’t want to be just another printing app -- we want to be the print infrastructure inside all the other apps,” said Jared Hansen, CEO of Breezy. “Developers can now offer their users secure, reliable printing within their own apps, and users can finally enjoy the type of productivity they’ve always expected from their mobile devices.”

At launch, Breezy also announced that partners including Egnyte, SpringCM, NitroDesk and NetDocuments have already integrated the Breezy Button. These popular business and productivity apps now support secure printing using Breezy’s platform, allowing users to simultaneously access, manage, and print documents from the cloud, all from within the apps they know and love.

“Breezy's integration makes it easier than ever to print from TouchDown,” said Ron Goins of NitroDesk, makers of TouchDown, a leading Android email client. “We saved an incredible amount of development time, adding a feature that our customers were asking for in a fraction of the time it would have taken to build in-house. We’re very pleased with the value Breezy brings to our platform.”

Key features of the Breezy platform include:

And now, the Breezy Button offers a simple way to integrate the powerful and popular features of Breezy into any app on iOS or Android.

For more information, and to get started adding printing functionality to your app, visit: http://www.breezy.com/developers

About Breezy:
Breezy (http://www.breezy.com) is the world's most secure mobile printing platform. Breezy's software lets users to print to any printer from any device, and can mobile-enable existing printer fleets in a matter of minutes. The Breezy Partner Network, with thousands of locations worldwide, is the world's largest fully secured printing network, and the Breezy API, slated for use in a growing number of popular productivity apps, can add secure printing capabilities to any app on any platform.