Top Ten Beers To Have At A July Fourth Barbecue

Here are the top ten beers to bring and serve at any July Fourth Barbecue from the Alcohol Professor and Founder of the New York International Beer Competition. 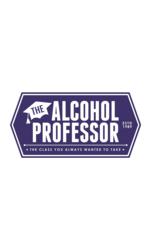 Celebrate July 4th with any of these top American Craft Beers selected by the Alcohol Professor and New York International Beer Competition.

July 4th is a wonderful time to celebrate our great country’s independence and birthday. So do I throw a bone to our cousins across the pond and include a few British Beers in my top ten beers to bring to a July 4th BBQ? Nope…they got the Olympics this year and the Queens Jubilee. Lets celebrate and focus on one of the many things that makes our country great….our craft beers!

The Alcohol Professor top 10 beers to bring or serve at your July 4th BBQ.

1. Blue Point Hoptical Illusion
Granted the packaging looks like July 4th fireworks went off on it…Grab this golden ale which won a silver at the New York International Beer Competition.

4. Dillon DAM Brewery McLuhr’s Irish Style Dry Stout
The Irish fought alongside our Revolutionary Forefathers. Respect that and drink this stout when the sun goes down and embrace its creamy head.

5. Goose Island India Pale Ale
Chicago ‘s finest making a beer style originally sent to another former colony that sought its independence from the Queen. Hop lovers will enjoy it from its aroma to its long finish.

7. New Glarus Brewing Company Dancing Man Wheat
Bavarian Style Wheat beer grown and brewed in Wisconsin. If the Hessians had showed up at Washington Camp before we attacked on Christmas…I would hand them this beer and traded their weapons for the beer.

9. SweetWater Brewing Co. Sch’Wheat American Style Wheat Beer
Granted Atlanta did not exist during the times of the Revolutionary War but good beer is coming out of it. Check out this American Wheat for it is a classic unfiltered ale.

10. Three Floyd’s Brewing Co. Bourbon Barrel Aged Dark Lord
So here is an opportunity to bring America’s spirit…Bourbon…and its aged barrels with craft beer. It comes out in spring…so look hard for it and finish it now.