SponsorPay, a leading platform for mobile app monetization and user acquisition, announced today the launch of its new products Unlock and a tablet-optimized offer wall after reporting 300% growth in its mobile business since January 2012. 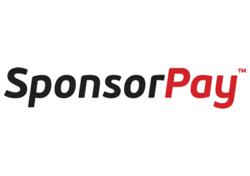 SponsorPay, a leading platform for mobile app monetization and user acquisition, announced today the launch of its new products Unlock and a tablet-optimized offer wall after reporting 300% growth in its mobile business since January 2012.

2012 has been the year of mobile for the company. Since the start of the year, the business has seen prodigious month-on-month growth from strong partnerships with hundreds of developers, including the majority of studios behind the top 100 highest-grossing apps on Android. The company has also extended its global footprint via a third US office in Los Angeles and growing presence in Asia.

According to research firm Distimo, more than 80 percent of all paid apps on Android have been downloaded fewer than 100 times, compared to less than 25 percent of free apps. Unlock remedies the problem by providing a tool for developers in verticals beyond gaming – such as music, communication and dating – to convert users from free to paid versions of their apps.

Unlock has been embraced by Outfit 7 Ltd., one of the world’s largest mobile developers, who have integrated it in their Talking Friends series of apps – including the smash hit Talking Tom Cat – that have seen more than 300 million downloads. “SponsorPay more than deliver on all their promises – they’re one of our best partners,” said Rok Zorko, co-founder of Outfit7.

“SponsorPay’s Unlock product has led to a significant increase in both user engagement and revenues,” echoed Shazad Mohammed, CEO of Ace Viral, developer behind hits such as Stickman BMX Stunts, Bike Mania, Top Truck and Angry Gran that have seen tens of millions of downloads.

In an effort to service increasing traffic from tablet devices – more than 15% of users for some partners' apps – SponsorPay have also rolled out a tablet-optimized version of their offer wall. The new product has already shown strong performance with initial release partners on the Kindle Fire and iPad.

Research firm eMarketer predicts tablet penetration will reach 29.1% of US Internet users by the end of this year and the company’s latest solution ensures it is well poised to ride this trend. In addition to general CPI and mCPA campaigns as well as exclusive tablet-only offers, the tablet offer wall also serves up the most successful offers from SponsorPay’s global desktop inventory in a manner optimized for mobile interfaces. In particular, exclusive access to this comprehensive selection of CPA offers enables the product to stay leagues ahead of others in the market.