A Dark Night with the Dark Knight – Can Computer Forensics Answer the Burning Question…Why?

In the aftermath of the tragedy which unfolded in the wee hours of Friday morning in Aurora, Colorado that saw at least 12 people killed and dozens injured by a lone gunman during a midnight screening of The Dark Knight Rises, the burning question on everyone’s mind is why? But how can an explanation be found for the inexplicable? How can sense be made of a senseless act? How can answers even start to be found to fill the void of agony, anger and grief the victims, their friends and family will be living with for the rest of their days? Joe Caruso, CEO/CTO of Global Digital Forensics, has some experience with this, having been involved in the media frenzy that followed the Virginia Tech Shooting and the Craigslist Killer. The answer is computer forensics. 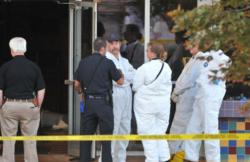 Social networking, texting, tweeting, emailing, or even sharing information with others on online gaming platforms can all often be acquired, even when the suspect thinks they’re safe because they deleted files, emails, texts or their browsing history.

Tragedy can take many forms, but when it happens in such raw form with a magnitude that rocks the consciousness of an entire nation, the quest for answers goes into full overdrive.

In today’s social networking digital world, that means computer forensics specialists will undoubtedly be called upon to help uncover those answers. Rest assured, the process has already started. As soon as 24 year old James Holmes was taken into custody early Friday morning and police had a name to put to the chaos, it goes without saying that every single device containing Electronically Stored Information (ESI) which could be found was seized, catalogued and already has been, or soon will be expedited into the hands of digital evidence pros. They’re the ones that intimately know the ins an outs of identifying, acquiring, analyzing and conveying the digital truth while always meticulously following Electronic Discovery (eDiscovery) procedures to make sure any evidence found remains pristine, untainted and admissible, pros like the founder of Global Digital Forensics, Joe Caruso.

Dissecting a Life in the Digital World

“It’s gut-wrenching when a tragedy like this occurs and my heart goes out to the victims, their friends and their families. Unfortunately, it’s not the first time unthinkable violence like this has occurred and it will not be the last. Their have been dozens of mass shootings in the United States since Colorado was shocked by the horrific incident in Columbine in 1999.” Caruso said somberly. “Thankfully, this time they have a live suspect in custody, so answers of some form should be coming straight from the horse’s mouth. But personally, I wouldn’t trust the source to be a gift horse. It’s going to take real investigative elbow grease and a lot of connecting the dots to make any kind of sense as to the motivation and mindset of an obviously disturbed individual. The good news is that the chances of finding some kind of digital trail which will help investigators put the pieces of this young man’s life together and start answering the burning question of why are great. He’s 24 years old, how many 24 year olds do you know that aren’t plugged in to the digital realm in some form or fashion.”

“My team and I have been through the process more times than I can even remember. There are so many vectors which could be helpful. A properly recovered Internet browsing history can be potential treasure trove of information to gain insight into behavioral patterns of an individual, everything from what their interests are, how often they returned to certain types of information, what they learned, exactly what they saw, exactly when and for how long. Then you have the realm of electronic correspondence, who did he communicate with, what was the nature of those communications. Sometimes we can even retrieve GPS tracking information from devices like smartphones or car navigation systems allowing us to retrace an individual’s actual footsteps. We’ve even taken GPS coordinates off pictures taken with certain devices to pinpoint where and when certain photos were taken. Social networking, texting, tweeting, emailing, or even sharing information with others on online gaming platforms can all often be acquired, even when the suspect thinks they’re safe because they deleted files, emails, texts or their browsing history. How often people forget there is a To AND a From address on an email, and all the hosting “hops” in between would amaze you, and in this line of business, there is almost always more than one way to skin a cat if you know what you’re doing.”

As the nation waits for answers, the digital truth found through the science and technology of computer forensics and the experts that practice it could very well help finally shed some light on the why. As for Caruso, when asked if he would be willing to lend a hand, he simply said, “I’ve got a team ready to go, just let me at the data.”

*Global Digital Forensics has assisted counsel with industry recognized computer forensics services, professional eDiscovery services, and computer and technology expert witness services for hundreds of cases, ranging from high profile to the mundane in both criminal and civil proceedings, with clients ranging from individuals and attorneys, to law firms and legal representation for many Fortune 100 companies. For more information, contact Global Digital Forensics at 1-800-868-8189 or visit http://www.evestigate.com.