Nabin Sapkota, MD, author of "Symptoms and Diagnosis" book project has released a new video explaining the symptoms of diabetes in a simple non-technical language talking directly to his patients. He made the release after his previous videos on ‘Symptoms of Pneumonia’ and throwing up blood reportedly became very popular among his readers. 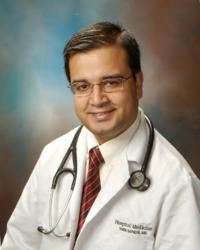 The most common symptom of diabetes is no symptom at all.

Nabin Sapkota, MD, a board certified internal medicine physician based in Nebraska, has been working on his "Symptoms and Diagnosis" book project for the last six months. According to the doctor, his goal is to present practical and useful medical knowledge to general public in a language everybody can understand. The video on symptoms of diabetes is his latest attempt to do so. The video is now available, free of charge, for everyone to view on the medical diagnosis website.

“I am very happy to report that my previous videos on symptoms of pneumonia and throwing up blood were received warmly by my readers. The e-mails and comments were very encouraging. This new video on symptoms of diabetes has the same format as the previous videos and does not have any technical terms. I have produced this video specially for people with undiagnosed diabetes,” says Dr. Sapkota.

“The most common symptom of diabetes in adults is no symptom at all. This is what I am explaining in my new video production. It is a somewhat difficult concept to explain because people have been programmed to look for a list of symptoms whenever they want more information about a disease. In reality, a list of common symptoms is not very helpful in diagnosing any disease; in case of diabetes, it may be too late if you wait for the common symptoms to appear,” Dr. Sapkota explains.

Dr. Sapkota concludes,” I hope this video will help bring down the number of undiagnosed patients with diabetes. I urge people to get tested for diabetes so that they can avoid the life threatening consequences of diabetes.”