Author Hugh Malafry announces release of his newest novel, The Light at Lindisfarne. 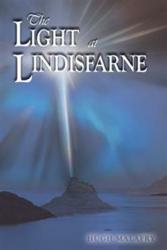 If we fail it will foremost be a failure of the creative imagination, a failure to come to terms and seek first the source of light, life and power in ourselves.

An energy starved world - an esoteric technology that cannot be replicated - a secret locked in the psyche of one old man - an intrigue to acquire unimaginable wealth and power - the struggle of an ancient order to grasp a world slipping away: In his latest novel, The Light at Lindisfarne, (published by AuthorHouse), Hugh Malafry pits the technocracy of modern science and politics against ancient esoteric wisdom, in a quest for the key to unlock the creative forces inherent in nature and man.

Swedish physicist, Albert Weiland, widely considered the Einstein of his age, presents the world with a problem: a demonstrable source of unlimited free energy his peers cannot replicate, in a device the press calls his Grail Reactor. To make matters worse, it works only in Weiland’s presence and he will not say why. When his peers renounce his arcane explanations as medieval mysticism, Weiland kindles an inextinguishable light in the ruins of Lindisfarne Abbey, and challenges them to solve its mystery for the answers they seek.

The event casts nation against nation, precipitates a conspiracy to acquire this esoteric technology for a new world order, reveals the agenda of the shadow government, and leads into the snare Weiland has set for his would be exploiters.

“We are at the turning of an age,” says Malafry, commenting on why readers will connect with his novel. “Within decades without a new source of energy to drive its productions industrial civilization will hit the wall. Meanwhile, populations increase, resources diminish and everyone wants more of everything. What could possibly go wrong?”

The Light at Lindisfarne evokes man’s final quest for the holy grail of power, and appeals for the wise use of creativity, imagination and ingenuity to shape the future of civilization. “If we fail it will foremost be a failure of the creative imagination, a failure to come to terms and seek first the source of light, life and power in ourselves.”

About the Author
Hugh Malafry, author of the Blue Shaman Trilogy and The Light at Lindisfarne, is Fulbright and emeritus professor of mythology and world literature. He lives in Victoria, British Columbia.