Philadelphia-based RTA Cabinet Store was listed as #237 on the Inc 500 list for fastest growing private companies in America. 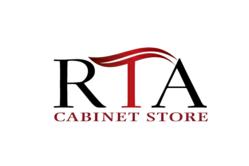 RTA Cabinet Store, one of the largest online manufacturers and distributors of RTA Kitchen Cabinets and Bathroom Vanities, was honored today as #237 on the Inc. 500 list of the 500 fastest growing private companies in America. "To be honored as one of the 500 fastest growing companies in America is a huge, and unexpected honor," stated Gary Nealon, President of RTA Cabinet Store. "Even in a bad housing market, our company has continued to grow rapidly, largely in part to our loyal customer base and our commitment to offering a high quality product, at the best prices possible."

RTA Cabinet Store, while the name infers a brick and mortar store, is actually a direct manufacturer and national distributor of ready to assemble kitchen cabinets. RTA Cabinet Store was ranked #237 on the Inc 500 list because of its 1,504% growth over the past three years. RTA Cabinet Store has also been featured in over 40 episodes of various shows in both HGTV and DIY Network. When asked what he attributes most of their success to, Gary Nealon stated, "While we do have a very aggressive marketing campaign, our largest growth has come from word of mouth from our customers."

With RTA Cabinet Store's rapid growth, they are getting ready to move into a new building, and make some significant changes to their business. Gary Nealon stated, "We have some really exciting new products that we are having manufactured, and some new features being added to the website (http://www.rtacabinetstore.com) that our customers are really going to like."

For a copy of the Inc 500 list of fasting growing private businesses in American, head over to http://www.inc.com.