Don't miss John Hiatt LIVE at the Taft Theatre on August 23 with Steve Earle & The Dukes! Tickets On Sale Now! 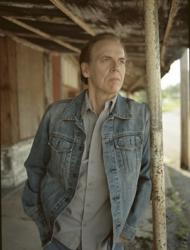 Acclaimed musician and songwriter John Hiatt will release Mystic Pinball on September 25th via New West Records. Called “…one of rock’s most astute singer-songwriters of the last 40 years” by the Los Angeles Times, Hiatt continues to write brilliant character studies, twisting entertaining storylines with cunning lyrics and wry humor including “We’re Alright Now,” the first single from Mystic Pinball. “We’re Alright Now” is a blues driven, gospel song available to hear today at http://www.americansongwriter.com. Mystic Pinball will be available as both a CD and on limited edition 180-gram vinyl.

Hiatt and his band, The Combo, have gained a reputation for captivating crowds at their live shows as The Tennessean depicts: “He prowls the stage, delivering the bluesy stuff in a whiskey-burn howl, shouting the rock stuff and fronting a formidable band that can turn on a dime, from ballads to bombast.” Hiatt & The Combo begin a US run mid-August that includes dates with Steve Earle, a special appearance at the Americana Festival in Nashville and two shows at City Winery in NYC (full list of dates below.)

John Hiatt’s career as a performer and songwriter has spanned more than 30 years and everyone from Bob Dylan, Eric Clapton, BB King, Bonnie Raitt and Iggy Pop has covered his work. Hiatt began his solo career with the 1974 album Hangin’ Around the Observatory. His landmark 1987 release Bring The Family, which celebrates its 25th anniversary this year, was his first album to chart in the U.S. 2000’s Crossing Muddy Waters was called “The most natural and relaxed John Hiatt album in years…” by All Music Guide. In 2008, Hiatt released Same Old Man, was inducted into the Nashville Songwriters Hall of Fame and was honored by the Americana Music Association with their prestigious “Lifetime Achievement in Songwriting Award.” Critical acclaim continued for The Open Road (2010) with The Boston Herald praising “Hiatt knocks together a rocking, full-throttle road record that in its tone, toughness and mix of blues, r & b and country harkens back to his landmark Bring the Family” while the Associated Press proclaimed “Hiatt remains at the top of his game” in reference to Dirty Jeans and Mudslide Hymns.