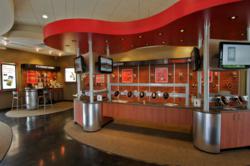 Cellular Sales currently operates more than 530 stores and has hired more than 1,500 sales people this year.

Every single person in this company has put forth an immense amount of effort in the past year, and our growth is a testament to their hard work.

Cellular Sales, the nation’s largest Verizon premium retailer, has announced its ranking among the nation’s 5000 fastest-growing, private companies in the United States. Cellular Sales placed #61 in the retail industry on the 2012 list, which will be in the September 2012 issue of Inc. Magazine. This is the fifth year Cellular Sales has been included in this prestigious list.

“It is an honor to be included in Inc 5000’s list,” said Dane Scism, CEO of Cellular Sales. “Every single person in this company has put forth an immense amount of effort in the past year, and our growth is a testament to their hard work.”

The first official Inc. 5000 list began in 1982 to recognize the best in fastest-growing, private companies. Rankings for this list are largely based on revenue growth. Other issues of the magazine focus on delivering real solutions for building business, strategies and hands-on tools in the workplace.

Cellular Sales’ explosive growth is best seen through the number of new store openings, the increased amount of employees and increased revenue. Currently operating more than 530 stores, the company has opened 62 stores in the past year and hired more than 1,500 sales people.

“The consistency Cellular Sales has with the Inc. 5000 list reflects the dedication to customer service that is the hallmark of our company,” said Scism. “Consequently, being on this list again only fuels us to push harder and continue to raise the bar in the wireless industry.”