United Church of God to Celebrate Coming Kingdom of God in Eight-Day Christian Festival of Tabernacles, Members Gather at 40 Sites Around the World

Celebrating the coming Kingdom of God in a manner first practiced by the 1st century Church, members of the United Church of God will observe the eight-day Christian Festival of Tabernacles October 1-8. About 12,000 members and families will observe the Festival, which biblically represents a future prophesied time of unprecedented peace and prosperity, in more than 40 sites around the world. 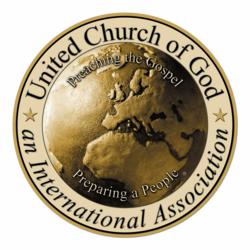 The United Church of God, active in over 40 countries, will celebrate the eight-day Christian Festival of Tabernacles across the globe on October 1-8.

The emphasis placed by Christ on the coming Kingdom of God is intense, and Church members accordingly take the opportunity to observe this Festival very seriously.

Following the example of the 1st century Christian Church as recorded in history, about 12,000 members and families of the United Church of God will observe the annual biblical Festival of Tabernacles, which will take place at more than 40 Festival sites across the world. Beginning at sunset on September 30, the eight-day Christian Festival, which includes 16 sites in the United States and Canada, runs October 1-8.

As the Church teaches from the Bible, the annual Festival prophetically reflects the establishment of the Kingdom of God and the coming reign of Jesus Christ. A Christian fellowship, the United Church of God follows the example of Jesus Christ (as recorded in the 7th and 8th chapters of the book of John) and the early Church in observing these ancient Festivals. Numerous biblical and historical accounts record the commitment of 1st century Christians to observe these days, which were gradually eclipsed by ancient Hellenist (Greek) and other influences.

"As part of the United Church of God's commitment to restore and follow the example of the first-century Church, we keep these days, even though they are essentially nontraditional in today's age and not largely observed by other religious organizations," explained Dennis Luker, president of the United Church of God. “As authoritatively emphasized in the Old Testament, the Bible teaches that all nations will observe this Festival once the Kingdom has truly come,” he continued, referencing chapter 14 in the book of Zechariah.

These three seasons, the Passover and Days of Unleavened Bread, the Festival of Pentecost and the Fall Festival season, were all observed by Jesus and the first-century Church. The latter season is capped by the eight-day Festival of Tabernacles and Last Great Day (also called "the eighth day"). These Holy Days seasons are originally outlined in the book of Leviticus in chapter 23.

Mr. Luker pointed out that from a biblical perspective, the Festival of Tabernacles pictures the coming time when Jesus will return to earth and directly rule the world for 1,000 years. "As the Feast of Tabernacles represents a coming time of unprecedented harmony and peace, we conduct this annual eight-day event with a strong family focus," Mr. Luker explained. Accordingly, members and families take part in daily church services and a whole range of positive family-based activities throughout the Festival.

Church services conducted during the eight-day Festival typically focus on the coming Kingdom of God, which Jesus taught about extensively during His earthly ministry. The annual festivals observed earlier in the year by the Church represent the Christian's redemption from sin through Christ's sacrifice, the commitment of Christians to put sin out of their lives and the coming of God's Holy Spirit to strongly empower a Christian to live life in harmony with God's law and prepare for eternal life.

In 2012, United Church of God members and families will travel to dozens of Festival of Tabernacles sites around the world to take part in this biblical assembly. Church members traditionally observe the earlier festivals in their local areas. However, proper biblical observance of the Festival of Tabernacles requires that members reside in temporary quarters (called "booths" or "tabernacles" in the Bible – Leviticus 23:42).

The Church rents large conference centers or facilities to accommodate daily worship during the Festival, and members typically stay in nearby hotels to fulfill the temporary nature required by the biblical command. "Staying in a temporary dwelling such as a hotel underscores the transitory nature of this present world and illustrates how it will be replaced by the prophesied Kingdom of God," noted Mr. Luker.

This year the Festival of Tabernacles will be observed from October 1 (beginning at sunset the evening before) through October 8.

"The emphasis placed by Christ on the coming Kingdom of God is intense, and Church members accordingly take the opportunity to observe this Festival very seriously," explained Mr. Luker. School-age children attend the Festival with their parents, and the Church provides tutoring and academic support at many sites to help students stay abreast of coursework while attending the Festival.
.
More information about the Festival is available in the free Church publications: God’s Holy Day Plan: The Promise of Hope for All Mankind and The Gospel of the Kingdom.

About the United Church of God, an International Association: Basing its beliefs on the biblical practices of the original 1st Century Church, the United Church of God maintains congregations in more than 40 countries around the world. Following the recorded example of Jesus Christ and the first apostles, the Church observes the seventh day Sabbath and the annual Holy Day seasons as outlined in the Old and New Testaments. The main offices of the Church are located in Cincinnati, Ohio. The Church produces the Beyond Today television program and publishes the Good News magazine. For more information about the Church and its activities, please visit http://www.ucg.org.

Published by the United Church of God, The Good News is an international magazine dedicated to proclaiming the true gospel of Jesus Christ and to profiling biblical solutions to societal challenges.The Good News magazine is published in English, French, German and other languages.