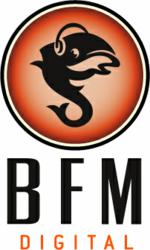 SongDog and BFM first teamed up in 2005 to make SongDog one of the first karaoke catalogs available to mainstream consumers via digital stores (iTunes, Amazon, etc.). SongDog has been providing master recordings to the karaoke industry since 1994, and was one of the first companies to license its recordings for use as ringtones and other cellular products. In 2004, Steven Corn, co-founder and CEO of BFM Digital, approached John Collins, President of SongDog Network, with an idea to reinvigorate the business.

“Steve Corn first pitched the idea of selling our catalog through the digital stores in 2004,” says Collins. He continues, “After compiling our more than 6,000 tracks into albums that any consumer could easily find online, our sales skyrocketed to hundreds of thousands within the first year. I’m excited to be handing over the catalog to them to continue its success.”

“Content ownership has become an important part of BFM's growth strategy," says Steven Corn, CEO of BFM Digital. "When the opportunity arose to purchase SongDog's masters, it made perfect sense, as we've been digitally repackaging and distributing their recordings for more than seven years. With new distribution channels constantly emerging, we are excited about the future potential of this catalog.”

Since BFM’s launch as a digital music distribution service in 2004, the company has expanded dramatically; offering marketing and publicity services, distribution for film and TV, and adding an A&R department dedicated to creating compilations that breathe new life into catalogs and music libraries.

At BFM Digital, we listen, so you can be heard. http://www.bfmdigital.com