The New Law, signed into New Jersey law by Gov. Chris Christie, requires that all public and private schools have an automated external defibrillator or AED onsite. 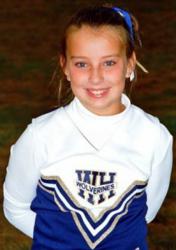 In 2006 Janet Zilinksi of Warren collapsed at her school. Word spread and the resolve to get lifesaving AED defibrillators on school grounds is finally being put into motion by 2014. In an interview on Patch.com, New Jersey state senator Robert Singer said, "This action by the legislature and administration is long overdue to prevent tragic student-athlete deaths due to unexpected cardiac arrests.I am proud that after several years, we finally achieved this law in Janet Zilinski's memory, assuring her heartbreaking passing wasn't in vain."

The AEDs to be placed on school grounds serve the purpose of being accessible in emergency situations faster than paramedics and ambulances can arrive. For every minute that passes, the survival chances for a sudden cardiac arrest victim falls 10%. According to the Patch.com article, “School emergency action plans will also also have to list at least five school employees, coaches, or trainers who are certified in CPR and in the use of the devices according to Singer's officer. Emergency action plans will also list the person responsible who will respond to cardiac events and contacting emergency services.”

AED.com is prepared to meet the challenges that New Jersey Public and Private schools will face soon. Realizing that automated external defibrillators can be an expensive purchase, AED.com has created school packages like the Zoll AED Plus School Package which provides more value and contains everything a school needs in a cardiac arrest emergency.

SCA (sudden cardiac arrest) strikes over 350,000 people in the United States every year. The only thing that will potentially save those included in this staggering statistic is a defibrillator. AED.com's mission is spread awareness about Sudden Cardiac Arrest and the importance of quick access to an AED.