Top Orange County DUI Lawyer, Matthew B. Wallin of Wallin & Klarich, Earned Dismissal of all DUI Charges for Client (CVC 23152a & CVC 23152b)

The experienced Orange County DUI Lawyer, Matthew B. Wallin of Wallin & Klarich, earned the dismissal of DUI charges for client after challenging the legality of the DUI stop. The client was able to retain his driving privileges. 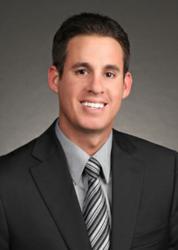 I believe that every citizen accused of DUI deserves a zealous advocate willing to put in the time and effort necessary to achieve the very best outcome in court and before the Department of Motor Vehicles.

According to court records from Harbor Justice Center, Newport Beach, a Wallin & Klarich client facing allegations of driving under the influence (DUI) had all charges dismissed after the experienced Orange County DUI lawyer, Matthew B. Wallin, proved that his client's DUI stop was not performed legally.

“The vast majority of my DUI clients are concerned primarily with avoiding any suspension of their driver’s license. The ability to drive is a prerequisite for almost every job,” said California criminal defense attorney, Matthew B. Wallin. “I believe that every citizen accused of DUI deserves a zealous advocate willing to put in the time and effort necessary to achieve the very best outcome in court and before the Department of Motor Vehicles.”

A commitment to a comprehensive DUI investigation is critical when seeking a dismissal and to avoid losing the privilege to drive in California. Mr. Wallin was aware that weaknesses in the criminal case charges are often vulnerable to diligent legal investigation, police reports are often inaccurate and incomplete, and that law enforcement officers routinely commit procedural errors due to a lack of sufficient DUI specific training.

Mr. Wallin conducted a comprehensive DUI investigation and used the subpoena power to obtain all audio and video of the vehicle stop and subsequent investigation. The arresting officer was ordered to be present at the Department of Motor Vehicles for the DMV Hearing to testify under oath as to the cause for the initial stop. According to the DMV hearing records, Mr. Wallin aggressively cross-examined the arresting officer and was able to illicit favorable testimony for his client and attack the legality of the stop. In the end, the administrative files from the DMV hearing reflect that the testimony and evidence showed that the initial stop had not been performed legally, which resulted in the dismissal of all charges. The client was able to retain his driving privileges.

At Wallin & Klarich, we never lose sight of our law firm's fundamental commitment to do all we can to help people who are facing legal problems. We believe that every person is entitled to the highest quality legal defense when they are facing the loss of their freedom. Wallin & Klarich has over 30 years of experience helping clients facing all types of criminal and family law matters in Orange, Los Angeles, Riverside, San Bernardino, San Diego and Ventura Counties.