Big Ben Parliament Creations (BBP Creations) is working with authors Hollie Moor and Paige Silsbee, on their latest iBook, iPhone and iPad app,“Once Upon A Time...There was Snow White” due to be released later this Spring. 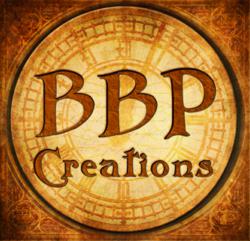 The iBook is revolutionizing the way children will learn for years to come. It is allowing for us to think more 3 dimensionally when we write... - Silsbee

Big Ben Parliament Creations (BBP Creations) is working with authors Hollie Moor and Paige Silsbee, on their latest iBook, iPhone and iPad app,“Once Upon A Time...There was Snow White” due to be released later this Spring.

BBP Creations is working with both authors on their adaptation of the Brother’s Grimm fairytale Snow White. Moor and Silsbee currently reside in Reno, Nevada, with Moor splitting her time between the States and the UK. While Moor has worked independently as a writer for years this is her first of two, soon to be, published children’s book with BBP Creations. A second children’s book will be released later this fall. This is Silsbee’s first children’s book as well, but is currently writing a novel. “I’m excited to be working with Hollie on this children’s book and reaching out to so many through this new medium of story telling. The iBook is revolutionizing the way children will learn for years to come. It is allowing for us to think more 3 dimensionally when we write knowing that the writing will affect the illustrations and the illustrations will allow for us to create an interactive world that regular books cannot achieve,” stated Silsbee.

“We wanted to take a fresh approach to Snow White while trying to stay away from Disney’s adaptation, but remaining as true to the original tale as possible,” stated Hollie Moor. “It was a challenge trying to keep so many key points that the Grimms’ had included in the original German tale, while swaying it just enough to keep it from being so dark. When the Brother’s Grimm released Grimms’ Fairy Tales in 1812, women were depicted as gullible, flighty, vulnerable, helpless or extremely evil. Women didn’t have a true voice. In their fairy tale of Snow White, she appeared to be very gullible and spacey. In our adaptation we have changed the focus away from these qualities and have more plausible reasons for her actions,” stated Moor.

Sergio Martinez, who illustrated for authors such as Max Lucado, will illustrate “Snow White. Martinez is known world-wide for his elegant yet classical old world style of illustrations. His work has been published in the United States, Mexico, Switzerland, England, France, Spain and Central and South America.

BBP Creations will be releasing “Once Upon A Time...There was Snow White” for the iBook in several reading levels through iTunes in the Spring. The iBook is designed for children pre-K through 6th grade reading levels. The “Snow White” iPhone and iPad app will add interactivity to the story as well as have thematic learning activities for children.

For the last 3 years, BBP Creations has developed in-house applications for the iPhone, iPad and thumb drives for large corporations. They are known for their quality apps, creativity and thorough testing to create flawless applications.