A Date with Destiny Megan S. Johnston’s “Transition: the Chimera Hunters Series” is a Wonderful Addition to the Paranormal Romance Genre

Author Megan S. Johnston introduces readers to an unusual and exciting new world in her debut novel, Transition: the Chimera Hunters Series. The first installment of a six-part, continuing-world series, Transition is the culmination of more than a decade of creation from Johnston. Clearly exhibiting her raw talent and clever imagination, Johnston has added a new and wonderful dimension to the young adult paranormal romance genre. http://MeganSJohnston.com 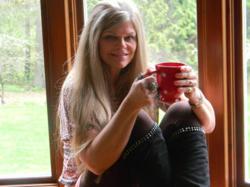 Transition is the story of Shelby O’Neil, a pretty college sophomore at Washington State University. Every night, Shelby has vivid, recurring dreams of the same man, a handsome stranger she discovers herself slowly falling in love with. In an attempt to shake up her waking life, Shelby takes a weekend holiday with her closest friend. When a series of bizarre events lead Shelby to search for help in the remote mountain are, she is startled to discover that her nearest neighbor is none other than the mysterious stranger from her dreams.

The man is named Develon Cole, and Shelby is shocked to learn that he is two hundred and eighty-eight years old, and he has been searching for her since he began to share her dreams. Develon is a Chimera, an ancient race of beings that were cursed by the gods. Able to shape shift and communicate telepathically, the Chimera had their souls split in two as punishment and were forced to wander the earth alone, unable to love or dream, until they found their other half.

Shelby is Develon’s other half, and he must convince her that his strange tale is true, because the two of them are being hunted by other Chimera and running out of time before Shelby’s own intriguing destiny is about to be revealed. Readers will love this fantastical tale of true love and find eagerly awaiting the next installment of this brilliant new series from fledgling author Megan S. Johnston.

Megan S. Johnston is a freelance writer and entrepreneur living in the Pacific Northwest. In addition to writing fiction, she runs several family-owned and operated businesses, which she started over twenty years ago. She is an avid reader of paranormal romance and a member of the Pacific Northwest Writers Association. She has four children and seven grandchildren and lives with her husband and two dogs in Woodinville, Washington. Transition is her début novel.