Dr. Paul Crouch, founder and President of Trinity Broadcasting Network, congratulated President Barack Obama on the occasion of his inauguration. 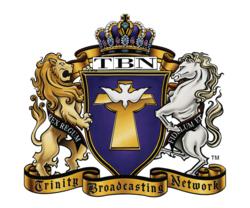 “We congratulate President Barack Obama on his second term, and, as we have done for the past four years, will continue to lift him and our nation's leaders in prayer, asking almighty God to grant them the wisdom to guide America through this next season. May God bless America.”