At a Capitol Hill press conference today, Sen. Dianne Feinstein (D-CA) announced the introduction of the Assault Weapons Ban of 2013. The bill would prohibit the sale, transfer, importation, and manufacture of certain firearms – what Feinstein called “dangerous military-style assault weapons” – and ban gun magazines that can hold more than 10 rounds. The following statements from public policy experts at The Heartland Institute – a free-market think tank – may be used for attribution. 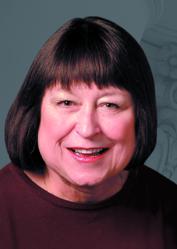 The ‘assault weapons’ Sen. Feinstein’s bill would ban are weapons that look scary but are functionally no different than weapons not banned.

At a Capitol Hill press conference today, Sen. Dianne Feinstein (D-CA) announced the introduction of the Assault Weapons Ban of 2013. The bill would prohibit the sale, transfer, importation, and manufacture of certain firearms – what Feinstein called “dangerous military-style assault weapons” – and ban gun magazines that can hold more than 10 rounds.

The following statements from public policy experts at The Heartland Institute – a free-market think tank – may be used for attribution. For more comments, refer to the contact information below. To book a Heartland guest on your program, please contact Director of Communications Jim Lakely at jlakely@heartland.org and 312/377-4000 or (cell) 312/731-9364.

“One reason federal spending is out of control is the enactment of feel-good laws that throw money at a problem without addressing its underlying causes. That’s what’s going on here.

“The ‘assault weapons’ Sen. Feinstein’s bill would ban are weapons that look scary but are functionally no different than weapons not banned. The banned weapons look like military weapons Rambo would use, spraying hundreds of bullets with one pull of the trigger – these are automatic weapons, and they are already virtually banned. The weapons Feinstein would ban are different: They require one pull of the trigger per shot. This ban as pointless, as demonstrated by the total ineffectiveness of the prior ban.

“No one wants another Sandy Hook, but the answer is to arm school officials or provide armed guards at schools, not to deprive law-abiding people of weapons for self-defense.”

“What happened in Connecticut was a horrible, horrible event that no one with a heart could fail to feel. The impulse to ‘do something’ is understandable but Sen. Feinstein is exaggerating the threat. Numerous criminologists, including Grant Duwe and James Alan Fox, recently have shown that mass shootings are no more prevalent today than they were decades ago. In fact, mass shootings peaked in 1929, and the worst school massacre in national history occurred in 1927, when a man bombed a school in Michigan.

“The nation’s violent crime rate is at the lowest level since the 1960s and near the lowest level since the second World War. The FBI’s own statistics show there have been big swings in violence irrespective of gun laws. And recent news headlines show there have been similar incidents in recent years in Germany, France, Norway, Finland, and other countries with far stricter gun laws and less ‘gun culture’ than the U.S. has.

“Nothing short of confiscating all guns in this country will limit gun violence, and that violates American liberties. California’s Feinstein may feel that banning guns is necessary, but majorities of voters in states like Utah have agreed that arming teachers is a better strategy.”

“The fact that a particular phenomenon happens in a variety of places across the nation does not mean that it is subject to a national ‘solution.’ The Constitution was right to reserve to the states what are called police powers. The murders in Newtown are an atrocity and an outrage, but the right places to respond are at the school, in the community, and on the state level.”

“As the people of this nation seek a meaningful solution to what is perceived as a growing problem with violence among our youth, oddly enough it is the national Democratic Party rather than the Republican Party that appears to be the most fractured on this issue.

“On the one hand, California Sen. Dianne Feinstein and the president – who both come from large urban areas where guns are more likely to be wielded by criminals than by law-abiding citizens – support re-enacting a 1994 ban on sales of ‘assault weapons’ that proved statistically ineffectual the last decade it was tried, together with implementing a national gun registry and limiting the capacity of magazines (commonly and mistakenly called ‘clips’).

“On the other hand, Senate Majority Leader Harry Reid of Nevada, who comes from the West where guns are more likely to be used lawfully, realistically recognizes that the proposed weapons ban would not likely pass the House. Sen. Reid therefore opposes the so-called ‘assault weapons ban’ and instead favors allowing an open-amendment vote on any Senate gun bill that moves through Vermont Sen. Pat Leahy’s Judiciary Committee. That, Reid reportedly believes, would increase the bill’s chances of passing but likely limit its scope.

“It may be, however, that this fracture within the Democratic Party reveals some fundamental truths about the size and scope of government, particularly where gun rights and the Second Amendment are concerned. Americans pay lip service in hailing the 50 States of this Union as ‘laboratories of experimentation’ while in terms of public policy we and our representatives too typically tend to think of ‘one-size-fits-all’ national solutions – when in fact ‘one size fits all’ rarely fits anyone just right. When it comes to handguns, for example, ‘open carry’ might make a lot of sense in Arizona and Texas, where legal guns are widespread and it would be good to know who is armed, but little sense in urban areas like Chicago where ‘open carry’ would be an invitation to theft and violent crime and ‘concealed carry’ might make law-abiding citizens feel safer and criminals less likely to attack them. Certainly the Second Amendment applies nationwide, but the reasonable restrictions on those rights might rightly vary with the circumstances.

“One certainly understands the better instincts that drive efforts to reinstate a ban against one of the weapons used at Newtown, but a less reactionary and more thoughtful discussion might entail solutions adopted to actual state and community needs. Methinks Sen. Reid may have the better argument on this one, at least within his party.”