Former linebacker Junior Seau's family has filed a wrongful death lawsuit (Case number 37-2013-00031265-CU-PO-CTL) against the National Football League alleging that his suicide last May was the result of brain damage caused by the violent hits he endured while playing the game. According to a Jan. 24 CNN report, the 43-year-old Seau was determined to have suffered from a brain disease that could be caused by multiple hits to the head. 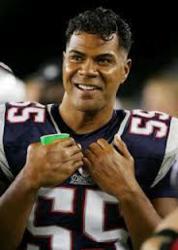 Junior Seau's family is suing the NFL for wrongful death

The purpose of wrongful death lawsuits is not only to seek monetary compensation for alleged negligence or wrongdoing, but also to shine the light on important safety issues.

Former football star Junior Seau's family has sued (San Diego County Superior Court - Case number 37-2013-00031265-CU-PO-CTL) the National Football League alleging that his suicide was the result of a degenerative brain disease caused by repeated hits to the helmet. According to a Jan. 24 CNN report, Seau committed suicide in the bedroom of his Oceanside, Calif. home. Earlier this month, Seau was determined to have suffered from chronic traumatic encephalopathy, a brain disease that can be caused by constantly getting hit on the head, the report states.

The wrongful death lawsuit (Case number 37-2013-00031265-CU-PO-CTL), which was filed Jan. 23 at San Diego County Superior Court, accuses the NFL and the helmet manufacturer, Riddell Inc. of fraud, negligence and concealment. According to court records, the lawsuit was filed by Seau's three sons and daughter as well as his wife Gina Seau.

The family issued a statement to CNN saying that they hope the lawsuit sends a message to the NFL that it needs to "take care of its former players, acknowledge its decades of deception on the issue of head injuries and player safety, and make the game safer for future generations." More than 1,500 former NFL players are suing the league alleging that it hid the dangers of concussions from them, the CNN report states. According to the article, Seau was one of several NFL players who were diagnosed with the same brain disease and committed suicide.

During his 20-year NFL career, Seau played for the San Diego Chargers, the Miami Dolphins and the New England Patriots, the report stated. He suffered sub-concussive and concussive blows to the head during his time as a player and began to show emotional instability and suffer insomnia until he died, the lawsuit (Case number 37-2013-00031265-CU-PO-CTL) stated. He also suffered from other symptoms such as lack of focus, aggressive behavior, depression and withdrawing from his family, and drank to cope with his problems, according to documents.

The purpose of wrongful death lawsuits is not only to seek monetary compensation for alleged negligence or wrongdoing, but also to shine the light on important safety issues, said John Bisnar, founder of the Bisnar | Chase personal injury law firm. "I hope that this particular case brings out more facts about what really happened to Junior Seau and how concussions affect our professional athletes. What we find out from this case may help prevent tragic brain injuries, which apparently have the potential to destroy lives.

"There should be more of an effort, not only on the part of the NFL, but also local football leagues and high schools to create awareness about the danger of brain injuries in sports. New studies are increasingly showing that concussions must not be taken lightly. If you suffered a concussion during football practice or during a game, you should get medical treatment right away and stay away from the field until you completely recover. It is heartbreaking to know now that these tragedies could have been prevented."