The experienced California criminal lawyer, Stephen D. Klarich of Wallin & Klarich, relieved client of duty to register as a sex offender after successfully gaining a Certificate of Rehabilitation. The client is now able to be involved in daughter’s school activities. 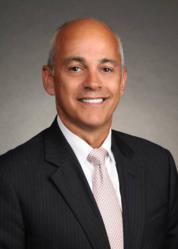 Experienced California criminal defense attorney and founding partner of Wallin & Klarich, Stephen D. Klarich, recently assisted his client who had been charged with indecent exposure years ago, to be relieved of the duty to register as a sex offender pursuant to California Penal Code section 290.

According to court records from San Bernardino County Superior Court, in 2003, the client was convicted of indecent exposure, which is a misdemeanor offense in San Bernardino County. As a result of the conviction, the client was placed on probation for 24 months and was required to register as a sex offender with law enforcement pursuant to California Penal Code section 290. The client had been registering as a sex offender for the past nine years and faced having to register as a sex offender for the rest of his life when he sought out the help of Wallin & Klarich.

According to Wallin & Klarich, the duty to register as a sex offender negatively impacted the client’s life. Not only was the client prevented from taking certain employment opportunities, but he was unable to play an active role in his daughter’s life by participating in her school functions. After Wallin & Klarich assisted the client to receive a Certificate of Rehabilitation, the client has had the burden of registering as a sex offender lifted and now has the ability to spend more time with his young daughter at her school functions.

“We are thrilled that the client can now be more involved with his daughter and her school activities,” said Mr. Klarich.