After decades of research in the Southeast, Real Estate Scorecard, an industry leader of online real estate reviews, reveals the Top 10 Reasons to Retire in Palm Coast Florida. 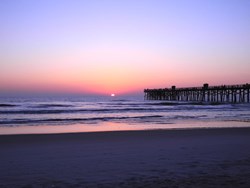 Best Cities to Live in Florida

After decades of research in the Southeast, Real Estate Scorecard, an industry leader of online real estate reviews, reveals the Top 10 Reasons to Retire in Palm Coast Florida.

Since the early 1900‘s, folks in the Northeast who are fed up with harsh winters have found themselves migrating to the south, to live in a tropical paradise. Naples, Sarasota and St. Augustine are popular coastal cities in Florida, to name a few. The mega rich started the trend by building mega mansions along the beaches for their winter homes, in places like Palm Beach, Vero Beach, Boca Grande and Sanibel Island.

Boasting a population of 19 million residents, buyers often ask Real Estate Scorecard where are the best cities to live in Florida without crowds, traffic congestion and a high cost of living? Real Estate Scorecard shares a coastal city which ‘locals’ know about, those who have lived in Florida for more than a decade, the city of Palm Coast and Flagler Beach named after the railroad tycoon Henry Flagler. Palm Coast is located on the northeast coast of Florida between St. Augustine and Daytona Beach. According to the 2010 census, the current population of Palm Coast is about 75,000 people and not much has changed in the past two years. Palm Coast is so desirable, some employees working in nearby cities such as Orlando and Jacksonville are willing to commute on a daily basis to live in the Quieter Side of Florida.

Here's why folk's chose Palm Coast, a top pick on the list of Where to Retire in Florida:

Best Beaches - Flagler Beach has 26 miles of hard wide sandy beaches. In most places you will need to walk down stairways to reach the shoreline. When the tide is out, sand bars are revealed and small pools of water collect along the shore. These minature lagoons are very kid friendly’ allowing safer play away from the waves crashing on the shore. Flagler Beach is a popular surfing location. The Tommy Tant Memorial Surf Classic draws hundreds of surfers to compete at this annual surf contest. Flagler Beach also attracts surf fishermen as much as the beach attracts sunbathers soaking up the sun. Flagler Beach is also one of Florida’s most beautiful uncrowded pet friendly beaches.

Best Golf Courses - Florida has more golf courses than any other state, about 1,250 golf courses in all and most are easy to play. The topography of Florida is mostly flat so when a golf course hugs the ocean like the Hammock Dunes Club, golfers take notice. Hammock Dunes Club is located in Palm Coast Florida has two private championship golf courses. The Grand Club in Palm Coast is home to three public golf courses, where golf membership is not required. World Golf Village is just to the north for more golfing experiences. The World Golf Hall of Fame and PGA Tour Golf Academy are considered world class golf attractions at World Golf Village. Members of the club have the chance to play the King & Bear and Slammer & Squire golf courses along with eight more championship golf courses in the St. Augustine area.

Low Cost of Living - Florida has no state income tax. Sales tax in Flagler County Florida is 6%. Palm Coast Florida has a low real estate tax millage rate, approximately 14.5183 converting to $145 for every $1,000 of home value less eligible homestead exemptions. With real estate prices still at the lowest levels of the decade, beautiful homes in waterfront communities can easily be found under $200k in Palm Coast Florida.

Awesome Weather - Florida is nicknamed ‘The Sunshine State’ because of more days of sunshine than anything else. While rumors circulated for a while about more people moving out of Florida, Flagler County has showed a migration increase of 17% in 2009 and Flagler County is not alone. Real Estate Scorecard credits the awesome weather in Florida as a contributing factor with Baby Boomers who are searching for where to retire in the Southeast. In January, the highs reach 68 degrees while the low temperature drop to only 46 degrees. At the hottest time of the year, temperatures in Palm Coast reach a maximum of 90 degrees while low’s drop to 73 degrees. Palm Coast being located in the northern part of the state and on the east coast is blessed by delightful weather the majority of the year and rarely a hurricane. Palm Coast Florida has not had a direct hit from a hurricane since the 1950’s.

Florida’s Protected Nature - There are 24 community parks in Flagler County. Here are the most popular 10 parks and bike trails in Palm Coast Florida part of Flagler County:

Cultural Arts - From informal concerts on the lawn (First Friday’s on Flagler Beach) to big stage theatre performances, this coastal Florida city has plenty to offer in the way of music, art and culture. The most popular venues in Flagler Beach are the Flagler Playhouse and Flagler Auditorium. Festivals in Palm Coast Florida provide equally enjoyable entertainment such as the Palm Coast Art Show, Creekside Festival, Movies in the Park and Cracker Day. Marineland in Palm Coast is a fun day trip for kids and grandkids, to learn more about the ocean and swim with the dolphins. Don’t let the name fool you, the Quieter Side of Florida, provides a calendar filled with events to keep you busy at retirement.

Boating & Kayaking - When you live in Florida, most Floridians prefer to live close to the ocean and Real Estate Scorecard highly recommends it. Whether to scuba dive, explore the mangroves by kayak or leisurely boat on the Intracoastal Waterway at sunset, there is fascinating marine life to observe in the wild. Manatees, turtles and colorful tropical fish are a good place to start. In the winter time, Right Whales can be seen from the shore in Palm Coast Florida. Throw away your business suit and tie because you won’t need it in Palm Coast Florida. Flip flops and your camera will become your best friend as everyday is casual Friday in Florida.

Quick Access to Nearby Places of Interest - Unlike northeastern states, the roads in Florida are pretty much in a straight line heading north, south, east and west. No winding curves or drop off cliffs, the kind of scary roads you would find in the mountains or along the west coast in California. Florida’s highways are fast and easy to drive. In one hour, people can drive to Walt Disney World, Universal Studios and Sea World, Florida’s most popular tourist attractions. Or in one hour, you can reach Jacksonville International Airport to the north or Daytona International Airport to the south. In about 2 hours, you can drive to Port Canaveral Florida to board a cruise ship heading off into the Caribbean. With Palm Coast being in the northern part of the state, this coastal city provides quick highway access to family and friends in Georgia or South Carolina.

If Florida is on your radar as you search for where to retire, keep in mind Florida is a huge state and you will need help from someone who is knowledgable about the whole state. The Quieter Side of Florida won’t stay quiet for long as the secrets slowly seeps out about why Palm Coast Florida is one of the best cities to live in Florida.

Real Estate Scorecard is an unbiased real estate review website providing in depth information about the best master planned communities in Florida, Georgia, North Carolina, South Carolina and Tennessee, all in an effort to help people discover where to retire. Website address: http://realestatescorecard.com