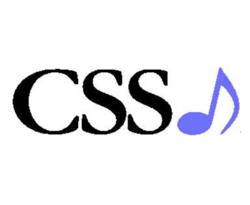 The days of piracy and rampant copyright infringement are numbered...

CSS Music, a leader in royalty free background music and sound effects, announced today that it will retain premier audio monitoring service, Tunesat, LLC (New York), to track the use of its music. CSS Music joins the world’s largest music publishers and libraries in its continued partnership with Tunesat.

CSS Music plans to use Tunesat’s diligent tracking in the fight against music piracy and copyright infringement which have become increasingly prevalent since the mid-nineties. As one of the first royalty free libraries to advocate for the use of this digital fingerprinting technology, CSS music affirms its place as forerunner in production music.

The implementation of music recognition technology has many applications including:

CSS Music Marketing Director Mike Fuller, details the benefits of digital fingerprinting, “Much of the drudgery associated with reporting music use will also be eliminated. But end user piracy and infringement is only one aspect of intellectual property protection. Soon copyright ownership will be easier to determine in an environment where musical compositions are often submitted to multiple libraries on a non-exclusive basis and then re-titled. Even at the music production stage unlicensed sampling of copyrighted music can be detected. It will be a brave new world, not so much to be feared but to be embraced and used by all—producers and end users of music.”

CSS Music expects to imbed its entire stock music library with the detection software for monitoring in the United States, Europe and worldwide through the internet. CSS anticipates an increase in revenue received from its performing rights organizations Broadcast Music, Inc. (BMI) and The American Society of Composers, Authors, and Publishers (ASCAP) as Tunesat continues to uncover unreported use of its music.