Alleged Nursing Home Abuse Caught on Camera: Attorney John Bisnar Talks about the Rights of Victims and their Families

A New York woman placed a hidden camera in her 89-year-old grandmother's room after noticing unusual markings and bruising on her body. According to a Feb. 15 ABC news report, Diana Valentin said she had discovered it from watching images captured by the hidden camera. 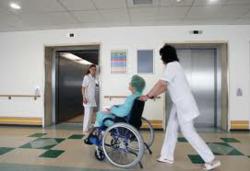 The civil justice system offers a way for victims of nursing home abuse to get justice and fair compensation for their losses or injuries.

Diana Valentin says she suspected that her elderly grandmother was possibly being abused in a Bronx nursing home and alleges it was true after placing a hidden camera in the 89-year-old resident's room at Gold Crest Care Center. According to a Feb. 15 news report, Valentin placed a hidden camera after noticing bruising and unusual markings on her grandmother, Ana Louisa Medina. She alleges that the injuries were caused by a nursing aide at the center, the report states.

Valentin told ABC News that she became suspicious after the nursing home told her that her grandmother's injuries occurred when she banged her hands on the bed railing. Valentin says the hidden camera recorded 600 hours of footage, some of which shocked her. She said she saw the nursing aid grab her grandmother's arm, twist it back, lift her off the bed and slam her into the bed, the report states. After watching the videos, Valentin said she transferred her grandmother to an emergency room and later to a different nursing home, the article said.

Valentin did the right thing by paying attention to her instincts that something was terribly wrong, said John Bisnar, founder of the Bisnar | Chase personal injury law firm, which represents victims of nursing home abuse and neglect.

"When family members see slap marks, unexplained bruises, pressure marks, burns or blisters on their loved one's body, that should certainly raise red flags. In this case, Valentin did the right thing by first complaining to administrators. When she did not get a satisfactory answer, she took the matter into her own hands."

"Symptoms of abuse can show up in many forms including depression and weight loss. If a nursing home resident is not being properly cared for they may withdraw and become severely depressed. It may not always be physical injuries in a case of abuse and families need to be very aware of any signs a loved one may be displaying."

Nursing home abuse is an unfortunate reality in our society today, Bisnar said. "That does not mean it is acceptable. Nursing homes have a duty to protect their residents and keep them safe. Injured victims and their families have legal rights. Victims can file a civil personal injury claim in such cases seeking compensation for injuries and damages. The civil justice system offers a way for victims of nursing home abuse to get justice and fair compensation for their losses."

Bisnar | Chase represent victims of neglect and abuse in nursing homes and care facilities. The firm has been featured on a number of popular media outlets including Newsweek, Fox, NBC, and ABC and is known for its passionate pursuit of results for their clients.