NAFA Fleet Management Association is proud to announce Derek Daly, former race car driver and CEO and Founder of MotorVation, as one of the Keynote Speakers for NAFA's 2013 Institute & Expo in Atlantic City this April. 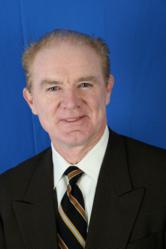 Imagine hitting the wall at Michigan International Speedway at well over 200 mph. Derek Daly not only faced that very situation, but needed fourteen surgeries and three years in therapy to fully recover. He then proceeded to return to full-time racing! Years later, Daly is now an entrepreneur, best-selling author, and professional speaker. NAFA is proud to welcome him as one of the Keynote Speakers for the Association’s 2013 Institute & Expo in Atlantic City this April.

Born in Dublin, Ireland to a middle class working family, Daly’s career path was set at the age of twelve when he attended his first auto race. From that moment on, his commitment to the dream of being a professional driver was unshakeable. On the way to his dream, he worked as a laborer in the iron ore mines of Australia and, while travelling the race tracks of England, even took up residence in a school bus.

Daly’s dream of racing stardom became reality when he won Irish, British, and European championship events. In 1978, he competed in the highest class of auto racing at the Formula One World Championship. Two years later, Daly was ranked 10th in the world. Career highlights include six starts in the Indianapolis 500, two wins in the 12 Hours of Sebring – one of the premier motorsport endurance races in the United States, and receiving the 2000 Hall of Fame Award from “Motor Sport Ireland” for his leadership of Irish motor sport.

“His life story is simply amazing,” said NAFA’s Executive Director Phillip E. Russo, CAE. “In addition to his racing career, Daly is the CEO and Founder of MotorVation, which specializes in team-building systems. The company uses racing as a metaphor for business; rather than focus solely on the individual race car driver, the sport relies on a complete team effort. Similarly, successful businesses come from complete team efforts too. It should be a fascinating Keynote Address!”

NAFA’s 2013 Institute & Expo is regarded as the fleet industry event of the year. Fleet professionals from throughout the world attend to learn about the latest technologies, best practices, and industry trends from over 60 hours of fleet educational sessions. In addition, the conference features an Expo Floor with more than 250 vendors showing the latest products and services. The 2013 I&E includes powerful keynote presentations from Janet Froetscher, President & CEO of the National Safety Council; a special panel featuring executives from the Detroit 3 (Ford, General Motors, and Chrysler); and Daly. The conference will take place April 23-26, 2013 at the Atlantic City Convention Center in Atlantic City, NJ. This is the first time in a decade that the annual conference has been held in the northeast.

About NAFA Fleet Management Association
NAFA is the world’s premier non-profit association for professionals who manage fleets of sedans, public safety vehicles, trucks, and buses of all types and sizes, and a wide range of military and off-road equipment for organizations across the globe. NAFA is the association for the diverse vehicle fleet management profession regardless of organizational type, geographic location or fleet composition. NAFA’s Full and Associate Members are responsible for the specification, acquisition, maintenance and repair, fueling, risk management, and remarketing of more than 3.5 million vehicles including in excess of 1.1 million trucks of which 350 thousand are medium- and heavy-duty trucks. For more information visit http://www.nafa.org